Katy, her son John and her boyfriend Peter have just returned from a disappointing trip abroad. As they arrive back in Dorking, their mutual recriminations are cut short by a surprise discovery among their luggage. During a brief stop at a garage near Calais, Syrian refugee Sami has seized the opportunity to make it to the UK by squeezing himself into their boot. This is the setup for the Channel 4 series Home, a comedy that manages to make its viewers think as well as laugh.

Sami is an amiable character, a man who is mostly just trying to do his best in a difficult situation. In his quest for escape from the conflict of his home country he is both helped and hindered by the people in whose car he stowed away. Katy is a gung-ho social justice warrior, apparently willing to help Sami any way she can. By contrast, Peter is far more sceptical of Sami’s intentions. It would have been easy for these to have been written as 2-dimensional characters, Katy always being right and Peter always wrong. Instead we are presented with well-rounded characters, each with the own positive and negative aspects. Sympathetic Katy shows unconscious racist tendencies when she expects Sami to bond with the local newsagent because they are both “gentlemen of colour”. Meanwhile Peter appears to constantly strive against his instinctive mistrust of this foreigner, though his ingrained views make him more likely to jump to the worst conclusions. It is admirable that the writer, Rufus Jones, has chosen to take the arguably less sympathetic part of Peter for himself. That said, given how well cast the program is, perhaps it was the only role he could take.

There is a lot of fun to be had in this series, with Sami’s fish out of water status providing a lot of laughs. He doesn’t carry this burden on his own though. All the characters have their own share of humorous difficulties with the situation. There is a touch of the classic UK comedy about it as well, with both British manners and geography (why is Dorking funny as a setting?) playing their part. But as you are crying tears of laughter, you will regularly find yourself suddenly faced with tears of a different kind. The writing skilfully slips in much darker material, often just after the most amusing events. Sami’s woefully inept explanation of the issues in Syria to a group of schoolchildren is succeeded by a far grimmer illustration of why he fled his country when one pupil asks why he didn’t stay to fight instead.

With Sami proving both honourable and charming, it seems likely the writer’s sympathies tend towards asylum seekers. But this is not simply a propaganda piece on their behalf. Instead this is a series that goes to great lengths to show this is an issue with a lot of grey in it. No side escapes criticism, with even one of Sami’s fellow refugees not turning out as they first appear. It has made me laugh a lot, but it is has also made me think. I hope that others will not only be able to appreciate the humour, but will also find themselves more prepared to engage in informed debate about this tricky subject.

• You can watch Home online on the Channel 4 catch-up service. channel4.com/programmes/home 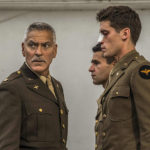 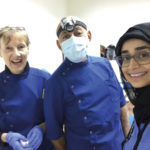