The Starship & the Canoe

Published by Mountaineers Books, 2020, £15 at Bookbusters

This odd, but rather wonderful, book was first published in 1978. Seattle-based Mountaineers Press, who specialise in ‘outdoor books by the experts’, have reissued it, with a beautiful new cover. It has a forward by science-fiction author Neal Stephenson, and a new blurb. The latter hints at why the publisher chose to reissue it now, in the age of eco-collapse and of space-cowboys like Musk, Branson and Bezos: the book is ‘the remarkable story of a father and son on divergent paths, one of high-tech optimism and the other, a retreat to the simplicity of nature’.

Both men are very similar to one another. Indeed, both seek ‘space’ with some clear motivation in seeking solitude, though each conceives his goal differently. Freeman Dyson was an astrophysicist and amongst his many adventures once envisioned a nuclear powered colony ship, at first to take us to the stars, perhaps hitching a ride on a comet. His son, George, slightly estranged from his father, takes to living in a treehouse and to the seas of the North West American coast, first jobbing on freighters and cargo vessels, but planning and building a traditional Aleut canoe using modern materials and his own hair-brained schemes.

Both father and son seek the gulf between worlds, Freeman’s plans never reaching fruition (yet), and George paddling from island to island, most often alone, along the 600 plus miles north from Vancouver to Glacier Bay. On a number of his adventures George is accompanied by Kenneth Brower, who authored this account, in which he looks for clues to understanding both George and his father. On the surface George looks like some kind of back-to-nature survivalist, or anarchist primitivist, a surmise taken as read, I think, by Freeman.
George’s lifestyle choices look deliberately antipathetical to his father’s. However, the parallels are apparent, and increasingly so as we get to know both Brower’s subjects better – so also with their very real differences.

From today’s perspective, this classic opposition between a technophilic extraplanetary culture and one embracing earthbound nature – and no doubt more than sympathetic to today’s rewilding ideals – looks rather familiar. Our resource-driven technoculture looks to the stars and, in the short term, at least to near-earth asteroid mining. To get such a project off the ground risks pushing our failing ecology right over the edge, and is hubristic in the extreme, not to mention naïve and, frankly, moronic. A polar opposite position is equally untenable without those who seek it looking to taking power and perforce reducing urban populations by a couple of billion. Luckily, neither extreme is a likely path, by which I mean the starship colony future of man, not the ecological consequences of our hyperindustrialised ‘civilisation’, as those are pretty much set in now. Rather, I think George’s approach offers a solution, perhaps nearer the naturalists’ method than the technicians but taking something from each.

George Dyson still runs his company producing his baidarka style of kayak, using modern-materials and adapted from traditional Aleut canoes of the Inside Passage. The hull is translucent, showing a trail of bioluminescent ‘stars’ in its wake at night. His love of the vast sea and his preference for barely inhabited islands, and his father’s experience of his friends there when they have a brief rapprochement in the final act of Brower’s book, leads Freeman to revise his colony ship ideas to ‘archipelagos of asteroids’, as the frontier mentality needed appears to him to match these brave souls inhabiting islands in Queen Charlotte Sound.

Yes, they have come closer together. George does not reject technology out of hand, but rather, as with the social ecologists, embraces intermediate and appropriate technologies as the best way for us to seek a balance with nature. Brower: “George saw the world as a sick and endangered system, and himself as a sort of leucocyte afloat in it. His purpose would be to clean it up, in part by example. Freeman liked that notion.”

Freeman’s head is still in the space between stars, but it’s a start. Brower: ‘Freeman’s argument that interplanetary space is necessary as frontier is wrong, I thought. We have as many spatial frontiers on Earth as we ever did.’

Leaving the question, how can we ground our societies’ technophiles in an earthbound reality before it’s too late? 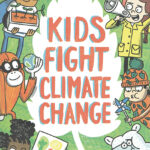 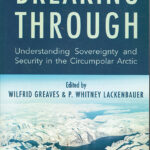 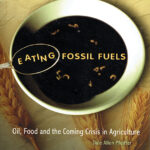 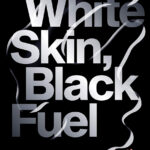