With apologies to Michael Foster 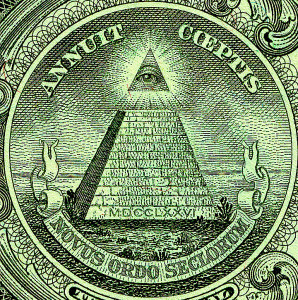 Since then, Michael Foster, the wealthy Labour donor, has continued in a series of mysterious outbursts and damaging public relations nightmares, having recently failed to remove Jeremy Corbyn from the Labour leadership contest through legal means. Foster’s claim was that the National Executive Committee decision to allow Corbyn automatic right to stand as the incumbant leader was wrong. The case was thrown out in short order.

Concerns of self-sabotage were originally raised about former Labour donor Michael Foster after he published an article in the Mail on Sunday suggesting that anti-semitism within the Labour Party was equivalent to Hitler invading Austria.

To quote, “The evidence is all too clear. Take Jeremy Corbyn’s statement last week about anti-Semitism in the Party: ‘I wouldn’t call it a crisis,’ he said. To me that shows only his callousness and contempt for the history of the Jews in Europe. Too many Jews in Britain had grandfathers like mine who confidently told my father that Hitler walking into Austria was not a crisis.”

As the decendent of a holocaust survivor I find these comments aqutely offensive. To cheapen the invasion of Austria and the holocaust to make a stab at Corbyn is not acceptable.

These bewildering comments were not alone in controversy as Michael Foster in a deeply problematic analogy equated the apartheid in Palestine with the apartheid in South Africa, and ‘Zionism’ with ‘Blacks’, in an attempt to prove that Jeremy Corbyn’s brother Piers Corbyn is a racist. “Before anyone tries to claim that Piers Corbyn, Jeremy’s brother, is no racist by the way, just read his tweet – ‘Zionists can’t cope with anyone supporting rights for Palestine’ – and try replacing the words ‘Zionists’ and ‘Palestine’ with ‘Blacks’ and ‘White South Africa’.” The false assumptions here are that Zionists are native to Palestine and that Palestinians are a privileged powerful minority. By the same analogy he is also referring to Israel as an apartheid state. In total, whether you are pro-Israeli, pro-Palestinian, or both, there is something to be offended by for everyone.

Foster also suggested an anti-Semitic Corbyn conspiracy, “I set this out only to expose the nonsense – and to expose Jeremy Corbyn’s crass, hateful and ignorant support for these people. People like his brother and like those Labour members in Liverpool who criticise their MP Louise Ellman for her supposed anti-Palestinian stance. Their evidence? No more than this: Louise Ellman is a Jew. The Left is organised and disciplined. The growing number of incidents since Jeremy Corbyn took over the party machine is too great to be a coincidence.”

This bizarre article appeared in the Mail on Sunday, a strange choice for a supposed socialist and Labour supporter to air a grievance with the party. It was accompanied by a video which alleges to show the black flag of ISIS at a 2008 conference in which Sadiq Kahn was speaking.

It is clear, that the intention of this article is not to address allegedly anti-Semitic individuals or structures within the Labour party, but to add to the anti-Corbyn rhetoric, to quote Michael: “We won’t be defeated by ignorance, hate and a godless totalitarian black-and-white view of the world that so many on the Labour Left possess. As for anti-Semitism in the Labour Party, it will recede when the party has strong leadership and not before.”

« By the skaters, for the skaters: Roller Derby rules
RIP John Merriman »