Miko Peled was part of Israel’s elite: his grandfather signed the ‘Declaration of Independence’ and his father was a general in the Israel Defence Force, yet Miko (and his father) have been on a political, spiritual and cultural journey born out of the very real mental and physical walls that surround Israelis and prevent them making common cause with Palestinians. Ben Bruges went to the White Rock Hotel to hear him speak.

Miko is, or was, an insider. He came from an ultra-patriotic, Israeli military background: “So many members of my close family have been heavily involved in the state of Israel and the creation of the Israeli military.” So, what changed? In 1997 his niece, a little girl, was killed in a suicide attack in Jerusalem, an event that would have driven many deeper into the anti-Arab attitudes so prevalent in Israeli. Not Peled: “That is precisely the kind of shock that will force you, if you’re honest enough, to re-examine everything you believe in. Because how could you possibly understand? How is it that three young men can take their own lives, killing a whole bunch of young innocent civilians who they don’t even know?”

That personal tragedy drove him to start investigating, to question: “What is Palestine, what is Israel, how come there are millions of Palestinians in refugee camps around the world? What is my role in all of this?” And he said: “My journey is a journey of the occupier, the colonizer, the white privileged man entering the sphere of the occupied, the colonized, the oppressed. Typically, that is not a journey that is taken very often.”

He asks us to start by calling it Palestine, its name for centuries, pointing out that the name ‘Israel’ is part of the settler-colonial state’s propaganda, part of its fragile search for legitimacy. “This strip of land, between the Jordan River and the Mediterranean Sea, the border with Lebanon and the Gulf of Aqaba, this country has been called Palestine for over 3500 years, by historians, by rulers over the centuries, by people who lived there. It’s expressed in history, in trade, in culture. And then one day, on the 15th May, 1948, boom, it became Israel.’’

Palestinians call that event the Nakba, the catastrophe. “Erasing a country and placing something in its stead is a serious matter. But the way in which this was done, the method, is what makes it worse. Those methods continue to this day and are defined by international law as crimes against humanity: genocide, ethnic cleansing and the establishment of an apartheid regime. These are big words. These are serious accusations, and these are serious crimes. Don’t take my word for it. Check the definitions of those words. Compare that to what has happened in Palestine over the last 70 years. And make your own judgement, make your own decision.”

He is equally trenchant when it comes up to the question of what we, here in Hastings, can do about it. “Peace talks are not the answer because it’s not a question of war. It’s a question of oppression. Palestinians gave us a gift, they told us what to do, they told us how we can help: Boycott, Divestment, Sanctions (BDS). These three letters that have become so demonized. In Israel if you say these three letters people freak out. BDS. Palestinians told us what we can do.”

He explains that the BDS campaign has clear, specific demands: “Ending the military occupation in parts of Palestine that still exist. Allowing the refugees to return to their homes and their lands. And equal rights – God forbid – equal rights. In other words, it’s all remedial, these are all sensible, very realistic, very peaceful demands, that clearly are designed to improve the reality in which Palestinians live today as a result of the state of Israel. The refugee issue, the occupation and apartheid.”

He argues: “It is absolutely the morally right thing to do. It’s a method that has a track record. Everybody that I met in South Africa said the same thing – without BDS we’d still have apartheid. Palestinians have given us the answer. Now all we need to do is to do it. It’s a fight against racism, it’s a fight against oppression and it hurts no one. Make sure that your elected representatives know, demand that they adopt and heed the call for BDS.”

Miko Peled remains positive. In answer to a question from a member of the packed, standing-room-only audience, wanting to know when the change will come, he referred to the ‘De Klerk’ moment: one day Israel will realise there isn’t an option, there isn’t a choice but to end apartheid. No-one believed Nelson Mandela would even be freed; a few years later he’s President. Meetings like the one in Hastings are growing all the time, the campaign for BDS is growing. All it needs is for people to stop being complicit in Israeli apartheid: that is Miko Peled’s challenge to us all.

• For more see www.facebook.com/HastingsRyePalestine SolidarityCampaign for local campaigns including a picket against Puma’s involvement in the settlements outside Sports Direct on October 26th and see bdsmovement.net for the national and international campaign for BDS. 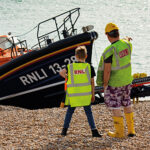 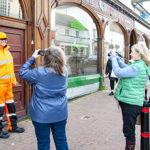 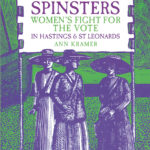 « TENNIS: Death Of A Chairman
Tax Questions and Answers »