Previously we pointed out that the very regions that voted most strongly for Brexit stand to be the worst off as a result. And Hastings is not immune. Now two HIP readers contribute their views on the unwelcome consequences of leaving Europe.

Worse Off with a Weaker Economy by Nick Rowland
At the end of March next year the UK is set to leave the EU and it will be disastrous. People are increasingly aware that a Post-Brexit Britain will not be the utopia they had been led to believe.

All the signs indicate that Brexit (and especially a hard one) will mean a weaker economy and less money for public spending including on the NHS. A weaker economy will mean job losses on a massive scale and dramatic rises in food prices and the cost of living. We will all be worse off.

‘Leavers’ argued that foreigners and immigrants were responsible for the UK’s economic problems. 55,000  of the 1.2 million NHS staff are ‘foreign’ EU citizens. This includes, doctors, nurses, paramedics, pharmacists and support workers. Immigrants from countries outside the EU make up an even larger proportion.  Along with EU citizens living and working in the UK, they pay their taxes. Indeed the latter group alone contributes £6 billion to the economy. Without overseas employees, there would be a chronic shortage of staff and the already overstretched NHS would collapse.

We cannot depend on the government to listen to reason and work in the best interests of the country. It has got to come from us. That means, writing letters to, and putting pressure on, our MPs and engaging with pro-European MPs. Brexit will take us over the cliff edge. It does not have to be this way. It can be reversed and 2018 will be a crucial year.  Remainers must act soon because time is rapidly running out.

We will Shoulder the Burden by Carol Ward

Whatever the current unexciting but non-alarming state of our economy, there are disturbing trends that are not being brought to our attention. They are clearly a direct result of our dire situation with Brexit including faltering negotiations and vague ambiguities. Many UK companies, large and small, are hoarding a ‘war-chest’ instead of investing in jobs, training and technology, waiting until our future is clearer (whenever that may be!). It is no wonder that our productivity is lagging seriously behind our European neighbours.

Currently, companies that export seem to be doing OK but only because the weak pound makes our goods look cheap. However, the recent meetings in Downing Street with Japanese car manufacturers showed a rising tide of worry: they export so many cars to Europe that even with a weaker pound, these cars will look expensive and uncompetitive once tariffs are added.

Another unmentioned consequence will rear its head. The City is by far the biggest tax generator in the UK. If all the firms that have indicated their intention to jump to Frankfurt, Paris and Dublin (who seem to be doing a good job of wooing them) actually do so, how will this tax void be filled?  The burden will then fall on the rest of us. If interest rates continue to rise to cope with slow inflationary trends, the result will be a serious economic crisis. 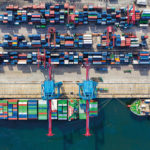 Grants For Importers And Exporters