As even Tory councils support increased taxation to pay for social care, Kent Barker asks if the last vestiges of Thatcherism are finally being laid to rest

A creaking infrastructure, a demoralised underfunded NHS and a social care service that is fit for no one. Tory voters rail against potholes in their roads but can’t see seen the obvious logical flaw. If you slash government spending to councils you get worse service – or no services at all.

The recent debate over the NHS has been slightly more encouraging. Even this doctrinaire government appears to be considering the possibility of raising additional revenue for the health service by taxation. They may call it increased National Insurance or some other form of hypothecated tax, but they are beginning to realise that spending a smaller percentage of our GDP on healthcare than all but one of the G7 leading industrialised countries is bad for business – the business of being re-elected.

There is clearly a long way to go. The Jacob Rees Moggs of this world won’t stop arguing for further cuts in taxation – even though they could clearly afford to pay vastly higher amounts.  And there’s the rub. Higher taxes tend to most disadvantage those least able to afford them.  Which is why you won’t hear Jeremy Corbyn publicly proclaiming a policy that he must privately espouse. But the Lib Dems and the Greens have argued for it – though that may partially account for their relative electoral unpopularity.

What Britain needs is a thorough reassessment of the morality of taxation. We must begin to consider what we, as a nation, could achieve. They probably don’t like paying their high rates of tax in Sweden or the other Scandinavian countries but they are justifiably proud of their welfare state.

We could and should also push for a high tax, high benefit social system that really looks after its old, vulnerable, sick and disadvantaged. It’s something we too could be proud of.  But first we have to bury Thatcherism once and for all. And there may just be the first tiny chink of light with the Tory councils now arguing for social care to be funded by increased national taxation. 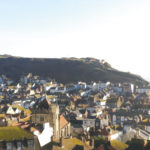 Ask what your Council can do for you 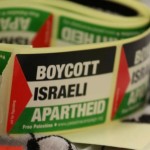 « Going South With Alex
Something Rich and Strange »