The autumn sun shone brightly and passing motorists tooted their support as St Leonards traders and residents took to the streets to protest the proposed closure of their crown post office.

The good-natured rally, punctuated with colourful hand- made banners and cheery chants, was organised to demonstrate local anger at what campaigners say could be a nail in the coffin of this fast regenerating resort, depriving local businesses, almost all of which are small enterprises, of a much-needed resource in a town which has seen both HSBC and Lloyds banks shut down branches in the last year.

They also argue that the closure, if enacted, will see the area’s sizeable elder population forced to travel for a full set of services, noting the often over-crowded conditions in the WHSmiths concession that replaced the Hastings Crown Post

Office following its closure in a previous round of cuts in 2014.

The event was organised by Kay Avery-Stallion, a local maker who runs the St Leonards Modern Goods shop on Norman Road, who commented, “I felt I had to do something. Following the closure of the 2 banks last year, the post office has become even more important as the place people around here go to sort their money out. As more business is conducted through the internet and eBay, the post office is a lifeline for us and if we lose it, we lose the ability to trade and develop”.

Lisa Pope, a celebrant, joined the protest to make the social case for its retention on behalf of the large local elder population. “Many of this group don’t have online facilities and need a place in walking distance to draw their pension or send a parcel to family abroad. A good post office is the backbone of a community and should be a source of pride” she said.

Locals were joined by union members from the Communication workers’ union, whose area rep, Mole Meade, argued, “this is a nonsensical proposal as the St Leonards branch is busy, with 8000 visitors a week, and popular because staff know their customers and give great service. After many years of deprivation and decline, this proposal comes along to knock back the town just at the point it looks like it is on the up and attracting new businesses. It is nothing less than an attack on local enterprise.

The campaign will continue over the coming weeks, with a petition doing the rounds through local shops and businesses and a public meeting being scheduled over the next few weeks. The mood is determined and as one protester put it, “we are going to win. This one is too important to let go and we urge everyone to sign the petition, add their voice and get on board.” 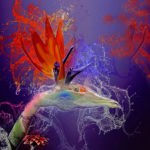