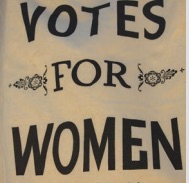 Alison Sharland and Varsha Gohil’s recent victory in court with respect to their ex-husbands who lied about their net-worth during divorce proceedings, cases dealing in multi-millions of pounds, points to a much bigger issue for women at the other end of the economic scale.

The lack of maintenance being paid to single mothers by non-resident fathers in the UK. To very roughly illustrate the local situation, according to statistics provided on East Sussex in Figures, in 2011 there were 3070 single mothers in the Hastings area (only 557 of whom had full time employment). Matching this up with the national figures from Gingerbread single-parent campaigners of only 52% receiving any maintenance (so that is roughly 1,596 single mothers in Hastings) with an average of £35 per week (£140 per month) this leaves the remaining 1473 receiving nothing from absent fathers.

These are not exact calculations (though I would go out on a limb and say it is likely more dire given the economics in the area) but they give us a general picture; about of half single mothers in Hastings are getting a small contribution towards groceries while the rest are getting absolutely nothing in maintenance.

Negligence on the part of absent fathers hurts both financially and emotionally. It illustrates how we value (or don’t) women, motherhood and children in our culture. Despite what some might say, parenting IS a full time very demanding job. Making sure children have what they need is time and energy consuming even if we love that job. This is of course multiplied manifold for carers of their disabled children – but that is a whole other article.

The release of Sarah Gavron’s Suffragette this week depicting the women who fought and struggled against all odds to get the vote reminds us, while we have of course made great gains on paper in terms of equality, that the attitude towards women essentially remains frighteningly unaltered for many. For example, there are currently only 7 CEOs in FTSE 100 companies in the UK. Not surprising as many women in work do experience a sort of ‘soft’ bullying or at best, mildly negative attitudes towards people who balance work with parental responsibilities (such as working part time or from home) accompanied by a sort of jealousy or assumption of laziness.

But hang on. Have you ever noticed how many local businesses are owned or run by women? Instead of trying to break the glass ceiling or, at the other end of the scale, struggle on almost nothing in a big city, many women have evacuated to more gentler conditions in affordable towns such as Hastings. Perhaps I’m jumping to conclusions, and I do not have the exact figures of female owned and operated businesses in Hastings, but there is a strong sense of female entrepreneurship here. These women are independent forces to be reckoned with, many of whom have been drawn to the south coast for the affordability of a creative independent life, whether or not they have children. By building their own businesses and generating income, in large part because they have to, there is an added effect, the ultimate victory, that it has helped to establish a powerful, fulfilled female population in Hastings. I admit this is likely a predominantly a middle class phenomenon, and we must work to open this window of opportunity to women from all backgrounds locally. Of course we cannot deny women who were ‘born and bred in Hastings’ of this same strength – an already established ‘feminist’ vibe may very well be part of the allure.

Women may have the vote but until parenting responsibility is shared with non-resident parents (in both time and money) as a non-means based minimum statutory contribution, women will find other ways to pick up the slack. While much of the business world continues to operate with a prejudice against women and parenting, as far as I can see, the sisters of Hastings are working damn hard to do it for themselves.

(Polly Toynbee’s piece on the Alison Sharland and Varsha Gohil case in the Guardian last week, covered some of these issues but I’ve had some friendly encouragement to write on this despite some overlap.)