Marching for Peace: From Helmand to Hiroshima

Abridged extracts from a journey for peace by Maya Evans

I have just arrived in Hiroshima with a group of Japanese Okinawa to Hiroshima peace walkers who had spent nearly two months walking Japanese roads protesting U.S. militarism.  At the same time that we were walking, an Afghan peace march that had set off in May was enduring 700km of Afghan roadsides, poorly shod, from Helmand province to Afghanistan’s capital of Kabul. Our march watched the progress of theirs with interest and awe. The unusual Afghan group had started off as 6 individuals, emerging out of a sit-in protest and hunger strike in the Helmand provincial capital Lashkar Gah, after a suicide attack there created dozens of casualties. As they started walking their numbers soon swelled to 50 plus as the group braved roadside bombs, fighting between warring parties, and exhaustion from desert walking during the strict fast month of Ramadan. 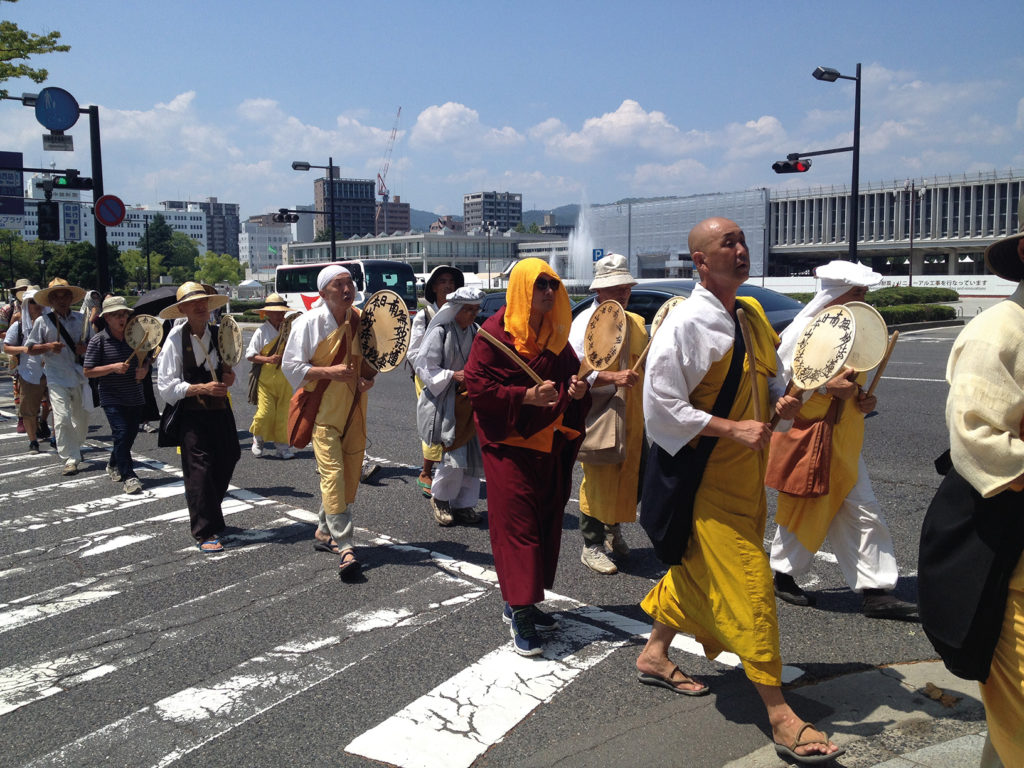 The Afghan march, which is believed to be the first of its kind, is asking for a long-term ceasefire between warring parties and the withdrawal of foreign troops. One peace walker, named Abdullah Malik Hamdard, felt that he had nothing to lose by joining the march. He said: “Everybody thinks they will be killed soon, the situation for those alive is miserable. If you don’t die in the war, the poverty caused by the war may kill you, which is why I think the only option left for me is to join the peace convoy.”

The Japanese peace walkers marched to specifically halt the construction of a U.S. airfield and port with an ammunition depot in Henoko, Okinawa. The construction would be accomplished by landfilling Oura Bay, a habitat for the dugong and unique coral hundreds of years old, but many more lives are endangered. Kamoshita Shonin, a peace walk organiser who lives in Okinawa, says: “People in mainland Japan do not hear about the extensive bombings by the U.S. in the Middle East and Afghanistan, they are told that the bases are a deterrent against North Korea and China, but the bases are not about protecting us, they are about invading other countries. This is why I organised the walk.”

The Japanese group intend to offer prayers of peace this Monday at Hiroshima ground zero, 73 years to the day after the U.S. dropped an atomic bomb on the city, instantly evaporating 140,000 lives, arguably one of the worst ‘single event’ war crimes committed in human history. Three days later the U.S. hit Nagasaki instantly killing 70,000. Four months after the bombing the total death toll had reached 280,000 as injuries and the impact of radiation doubled the number of fatalities.

Today Okinawa, long a target for discrimination by Japanese authorities,  accommodates 33 U.S. military bases, occupying 20% of the land. The bases house some 30,000 plus U.S. Marines who carry out dangerous training exercises ranging from rope hangs suspended out of Osprey helicopters (often over built-up residential areas), to jungle trainings which run straight through villages, arrogantly using people’s gardens and farms as mock conflict zones. Of the 14,000 U.S. troops currently stationed in Afghanistan, many to most would have trained on Okinawa, and even flown out directly from the Japanese Island to U.S. bases such as Bagram.

Meanwhile in Afghanistan the walkers, who call themselves the ‘People’s Peace Movement’, are following up their heroic ordeal with protests outside various foreign embassies in Kabul. The head of their impromptu movement, Mohammad Iqbal Khyber, says the group have formed a committee comprised of elders and religious scholars. The assignment of the committee is to travel from Kabul to Taliban-controlled areas to negotiate peace. 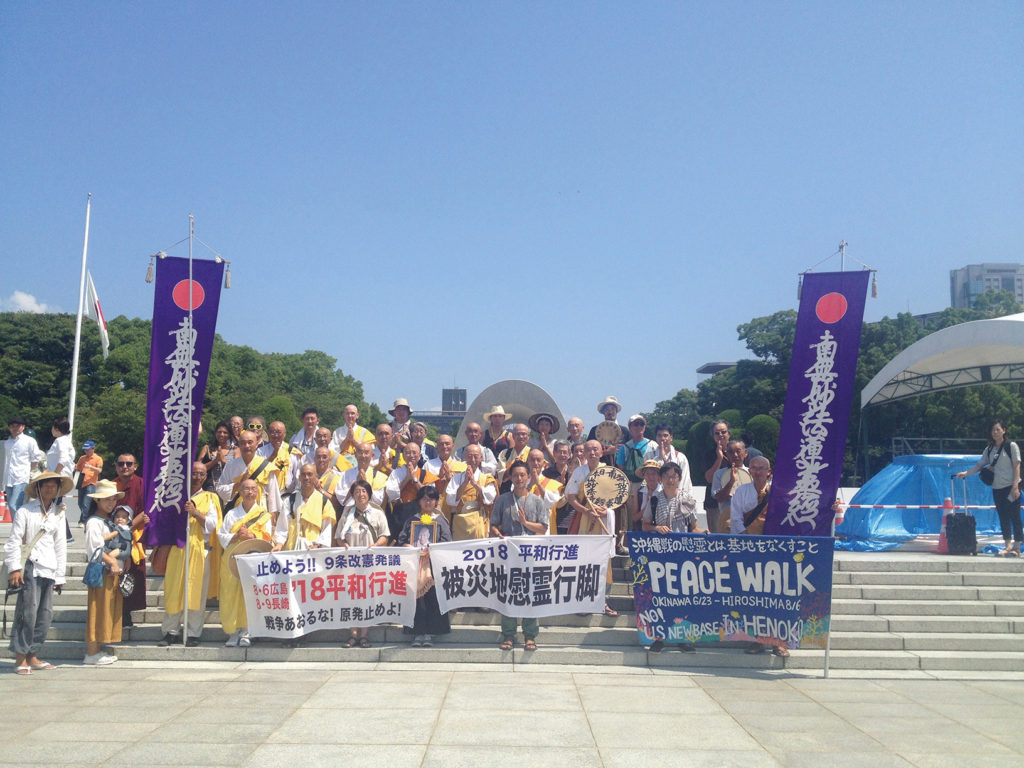 The U.S. have yet to describe its long term or exit strategy for Afghanistan. Last December Vice President Mike Pence addressed U.S. troops in Bagram: “I say with confidence, because of all of you and all those that have gone before and our allies and partners, I believe victory is closer than ever before.”

Unbelievably, current headlines read that after 17 years of fighting, the U.S. and Afghan Government are considering collaboration with the extremist Taliban in order to defeat ISKP, the local ‘franchise’ of Daesh.

Meanwhile, the United Nations Assistance Mission in Afghanistan (UNAMA) has released its mid-year assessment of the harm done to civilians. It found that more civilians were killed in the first six months of 2018 than in any year since 2009, when UNAMA started systematic monitoring. This was despite the Eid ul-Fitr ceasefire, which all parties to the conflict, apart from ISKP, honoured.

This October Afghanistan will enter its 18th year of war with the U.S. and supporting NATO countries. Those young people now signing up to fight on all sides were in nappies when 9/11 took place. As the ‘war on terror’ generation comes of age, their status quo is perpetual war, a complete brainwashing that war is inevitable, which was the exact intention of warring decision-makers who have become exceedingly rich off the spoils of conflict. But at least some people follow in the steps of non-violent peace makers such as Abdul Ghafoor Khan. Change is marching from the bottom up. 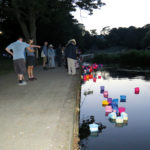