Jamaica? No, she finally went of her own accord

KENT BARKER considers how the Windrush farrago and the resignation of Amber Rudd show up the modern Conservative Party and its leaders for what they really are. 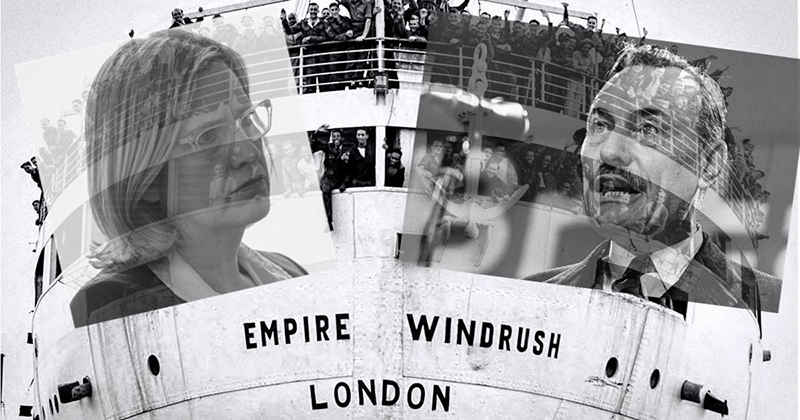 Here’s a question. Who said: “I’m a one-nation Tory. There is a duty on the part of the rich to the poor and to the needy, but you are not going to help people express that duty and satisfy it if you punish them fiscally so viciously that they leave this city and this country”

Well, I’ll give you a clue. He’s now a senior member of this government and holds the post of foreign Secretary. One might have hoped that Boris’ former counterpart in the Home Office, our very own Hastings MP Amber Rudd, would also have adopted Disraeli’s ‘One Nation’ conservatism which argued for an ‘organic society’ in which different classes have natural obligations to one another.

But Rudd seemed to be wholly inured to any ‘obligations’ towards immigrants. “I will be re-allocating £10 million with the aim of increasing the number of enforced removals by more than 10%”, she told her boss in that memo leaked to the Guardian.

Not even the arch Conservative racist Enoch Powell advocated enforced removals. “Nobody can make an estimate of the numbers which, with generous assistance, would choose [either] to return to their countries of origin”,  he said in his infamous Rivers
of Blood speech. With ‘generous assistance’. Not ‘enforced removals’. Now you might argue that Rudd was talking about ‘illegal’ migrants, while Powell was addressing those who – like the Windrush West Indians – had been granted indefinite leave to remain.  But surely it’s the climate of opinion that’s important here.  A climate that destroyed the documents of those ‘legal’ immigrants, and then denied them NHS health care, or refused to re-admit them to Britain if they dared to visit relatives in Jamaica.

And whether or not the May government was responsible for the destruction of records, it was she as Home Secretary who publicly determined to “create a really hostile environment for illegal migrants.” How could she and her successor not see that this would inevitably translate to legal migrants and legitimate visitors as well?  How could her successor boast about toughening the immigrant service still further: “Illegal and would-be illegal immigrants need to know that our immigration system has ‘teeth’ and that if people do not comply on their own we will enforce their return including arresting and detaining them”

But as so often with ministerial resignations it wasn’t the policies that finally scuppered her, it was misinforming parliament.  With hindsight her assertion to the select committee that there were no targets for deportation seems ludicrous. Even last year’s Tory manifesto repeated their longstanding  ‘target’ to reduce immigration from to below 100,000.  How could that possibly be done without ‘targets’ on removal?

The sadness is that, by comparison with many others in the cabinet, Amber Rudd seemed a relatively liberal – verging on One Nation – Tory and, despite her public pronouncements about leaving the EU, she clearly opposed the ‘swivel eyed’ lunacy of the Hard Brexiteers.  Given the attitude and record of May’s government and Home Office though, one just dreads to think what the post-Brexit attitude is going to be to EU nationals who’ve been living in Britain, sometimes for years.

The Amber affair shows that the veneer is peeling off the Tories’ attempts to rebrand themselves as anything other than the Nasty Party.  Amber Rudd, a basically decent person, seems to have been infected by the disease. And when you sup with the devil you need not only a long spoon but an extremely close attention to detail that seemed sadly missing in Rudd.

Disraeli, father of one Nation Conservatism, would rightly be ashamed of what his party has become. Amber Rudd should have embraced his philosophy and stuck with it through thick and thin.