On 1st July Paul Hunt and Nick Perry, of the local Liberal Democrat Party, extended an invitation to the local Green Party offering an electoral pact in next year’s local council elections. The invitation cited the Lib Dems’ willingness to stand aside in the Old Hastings ward where Green candidate, Julia Hilton, came within 30 votes of winning one of the two seats that both went to Labour candidates:

“As you will recall, we met in advance of the 2018 elections and, whilst your membership did not give agreement to any form of political compact, you expressed public gratitude for our willingness to stand aside in Old Hastings because of our joint commitment to a more diverse Council and agreement on the harbour planning issue that was live at the time.

“Since those elections, our parties have worked alongside each other in the People’s Vote campaign and in support of climate crisis action. We agree on much, including the need for voting reform and a more participatory local and national democracy. To that end, and in order to inform imminent decisions about the selection of Liberal Democrat Borough Council candidates, we now make a bold, public offer to you – to work together in the 2020 elections, to agree wards where we will stand aside for you and endorse your candidate, and wards where you will do the same for us.”

“We realise, of course, that serious negotiation and discussion would be necessary before we could jointly unveil a formal agreement to Hastings and St. Leonards voters. We look forward to your response at your earliest convenience in the hope that we can jointly offer voters a fresh alternative to party political fighting on Hastings Council.”

“We share the Lib Dems’ wish to bring a greater diversity of voices to our local council. Elected Green councillors across the country have shown how even one or two Greens on the council can make a huge impact in their communities, particularly in cross party work. Earlier this year we led the call to declare a climate emergency in Hastings and will be working hard to make sure the council delivers on its commitment to become carbon neutral by 2030. It is essential that the move to a net-zero carbon society improves the lives of all residents and elected Green councillors would work hard to deliver that in partnership with others locally, at county level and nationally.

All our decisions are made by our local members so we cannot make any further comment until we have put this proposal to our members.”

The cool response from the Greens quotes the need for a democratic mandate from their membership but also hints at the local Lib Dems’ poor showing electorally – the Green Party outperforming against their potential partners at the recent EU and local council elections.

Local Lib Dem activist Nick Perry published the offer to the Green party online as a stop ‘Brexit pact’ but was unable to give a clear response as to what impact the 2020 Hastings Borough Council elections would have on Brexit. 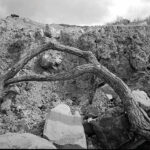 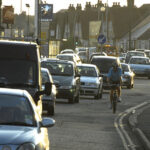 « SCHOOL SPORT FOR GIRLS: My Hastings Experience
Hastings Contemporary Reaches Out To The Community »