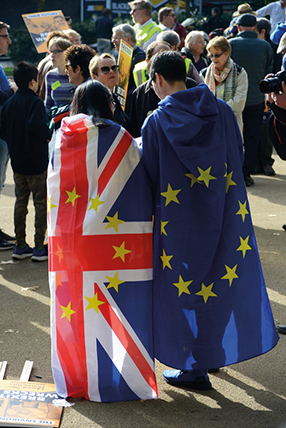 It’s for democracy and the next generation, says Kent Barker

Just because three-quarters of a million people from all corners of the UK turned out
to march through London doesn’t mean there has to be another referendum on Brexit.  But it’s a pretty good indication of just how many people are deeply unhappy about the mess we’re in.

No doubt some, like me, were internationalists who fundamentally believe that a united EU has contributed to the longest period of peace on the western European mainland since the fall of the Roman Empire. Some doubtless felt that a bureaucratic and unwieldy political structure was a small price to pay for free trade, no customs borders and freedom to travel and work throughout the Union. Others would argue that our net payment of £8.6 billion is small fry compared to the £14 billion we spend on Overseas Aid, the £40 billion on Defence and the £125 billion on the NHS. And many are deeply worried about the clear economic consequences of our withdrawal. When even arch-Brexiteer Jacob Rees-Mogg tells you it could take ten years for any economic benefits, you know you’re in trouble!

But these are arguments against Brexit – not about the wisdom or desirability of a third referendum. The first, of course, was on 5th June 1975, when 67% voted to ‘Remain’. The second was on 25th June 2016, when nearly 52% voted to leave.  Making it, as Paul Merton observed, a 1-1 draw so far!

But was the 2016 plebiscite really the ‘will of the people’? OK, 17.4 million people voted to leave – 1.3 million more than voted to remain.  BUT, of the 65 million total population of the country, 47.5million did NOT vote to leave. Even among the 46 million registered voters, 28.5 million did NOT choose Brexit. By my calculation that’s only 38% of those eligible to vote who actually chose Leave over Remain.

And just what were they voting for?  We’d never heard of a ‘Hard’ or ‘Soft’ Brexit, nor a ‘Norway’ or ‘Canada’ model. What did we really know about a customs union or single market? For sure, people didn’t like the idea of sovereignty being transferred from Westminster to Brussels, or the idea of unfettered immigration.  But neither did they like the austerity measures resulting from the crash. And there is no doubt that we were manipulated and lied to – particularly the ‘bus’ message that £350 million a week could be saved for the NHS.  We now know that some Leave groups broke the rules over campaign spending and that the Russians funded a pro-Brexit Twitter campaign. But, hey, the match is over and I’m not questioning the ref’s decisions. I’m just asking why can’t there be a re-play? One-all thus far: let’s have a decider once we actually know what the options are.

Personally, I don’t like referenda. I prefer elected representative to make informed decisions on my behalf (though I’d much prefer to elect them by proportional representation). But if you do use plebiscites for important national decisions, then what have you to fear from them? We’ve had two contradictory ones. Now let’s have a democratic decider. I really don’t believe it would be any more divisive than the current toxic mess we’re in. In fact, it could finally shut both sides up. Above all, it would give people too young to vote in 2016 a proper say about their future. An estimated 73% of people under 24 voted to remain in 2016. This is going to be their country. We owe it to them to let ‘the people’ have another say. It’s called democracy. 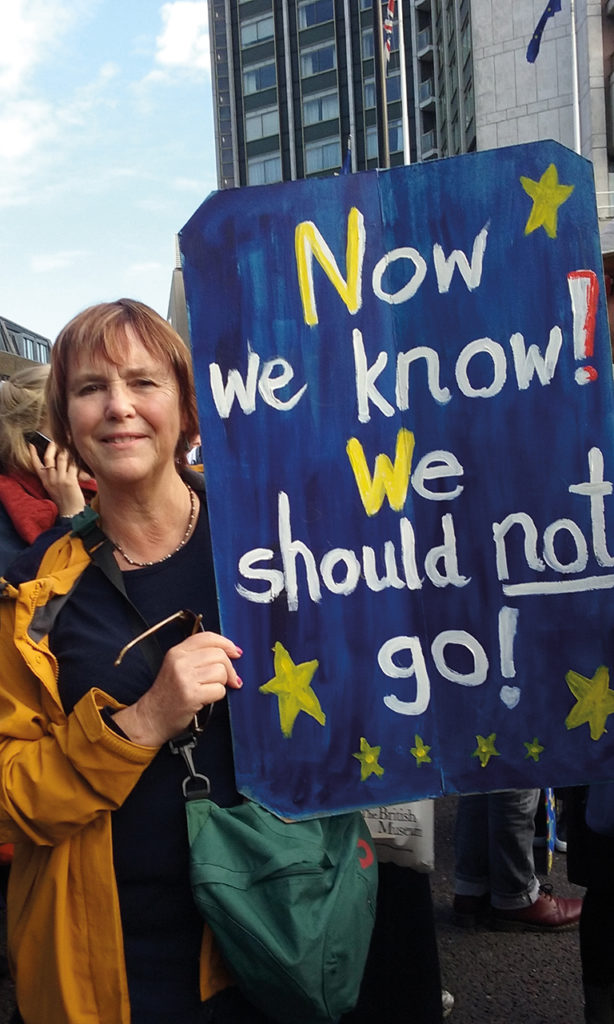 Danger of Dismissing Leave Votes. Alan Bolwell argues Remainers are collectively as ill-informed, gullible and bigoted as they portray Leavers

The ‘People’s Vote March for the Future’ was well attended but carried very little visible criticism of austerity or concern for the conditions of working class people. Probably not surprising, considering that it was organised by millionaires who supplied coaches and booked a £500k wrap-around advert in the London Evening Standard.

There were signs calling out the government for their role in Brexit but the most common messages on placards said people who voted for Brexit are stupid. Remainers are, individually, probably just concerned citizens. As a collective, Remainers are just as ignorant, blinkered, ill-informed, gullible and bigoted as they would like to portray Leavers.

Having never accepted the result of the referendum, Remainers still slug out the same arguments that lost in an open public debate, ever louder, more indignant, convinced that anyone who disagrees with them has been tricked or didn’t understand the question.

People have concerns with the EU that never seem to get addressed: the unelected legislature, the supremacy of EU law, the agricultural and fisheries policies that wiped out various pockets of traditional rural and coastal life, the movement of people to meet the demand of capital within the fortress Europe whilst thousands drown in the Mediterranean Sea trying to break in.

These are existential issues for the EU. They would never be reformed unless the overall structure of the EU was threatened. When the UK voted to leave, taking away a massive proportion of financial contributions, all the bureaucrats had to take a good hard look at their pensions. That’s when reform happens. One of the biggest lies told by the Remain campaign was that if we stayed in the EU we could change it from within.

There’s the option of a customs union. It would solve the border problem and it could keep trading/working/environmental standards and honour the mandate to leave the EU addressing the concerns outlined above. Remainers don’t want to address these concerns because leaving/staying in the EU has become a reductive issue.

There is an unaddressed danger in dismissing the votes of millions of Leave voters. The Referendum was ostensibly successful in drawing votes away from UKIP. The Democratic Football Lads Alliance are losing ground to antifascists after a summer of pitched street battles. If the votes of 17.4 million people are so undermined, there will be a further collapse of trust in traditional political structures – the political centre would be unmasked as liberal and democratic only at its own convenience, leaving space for an emergent right-wing campaign.

Not being prepared for success is a criticism that cuts both ways. As do most of the arguments in this torrid debate.

Economic catastrophe was predicted in the last referendum; both sides of the debate lied and exaggerated; both sides have vested financial interests; the question on the ballot was very simple; the general public know as little about the terms of remaining in the EU as they do about leaving: people voted for Britain to leave the EU.

Precarity In The System