“There are some things here that don’t make normal sense when you consider the impact of coronavirus on deprived populations, in that we would expect the east of the county to have higher rates,” said director of public health for East Sussex, Darrell Gale. “We are undertaking some research with the University of Sussex to look at why that might be, what actions were taken, and also what is involved in the infrastructure and the geographical factors which protected Rother and Hastings to the degree they have been.”

Mr Gale added that the study is considering whether early preventive action by Hastings Borough Council and the town’s layout could be factors. “Obviously we have only got hypotheses at the moment, but we do know that the borough council took some fast action around cancelling events that were in the calendar for the early spring period. They were very decisive early on.”

“If you go up into Hollington and into North St Leonards, many of the little neighbourhoods up there are on a road but have no footpath. You end up with 200 or 300 households, and they are not really linked to other households.”

It could surprise some people who credit the town with a vibrant community network to be advised that it may have benefited from a comparative lack of social interaction. Others who have complained of lack of social distancing around the town centres of both Hastings and St Leonards over the six month period of Covid-19 restrictions, not to mention crowded beaches, may also query why this hasn’t led to a higher infection rate.

Readers are referred back to the lead news report in HIP 152 dated 19th May (Covid Conundrum) in which two alternative hypotheses were offered to explain low infection rates. One was that the low positive test numbers might be simply an index of the difficulty of getting tested.

For much of the period, tests for people with apparent coronavirus symptoms have only been offered on admission to hospital. Of the 43 regional test centres set up by the Department of Health and Social Care across the UK, the nearest to Hastings is Gatwick Airport – a minimum of an hour and a half’s drive each way. The facility which was opened at the Amex Stadium at Falmer (still an hour’s drive) was closed last month to allow the potential return of football spectators. A drive-through centre is available at Bexhill Hospital for frontline NHS workers only; and when a temporary testing station was erected at the Stade on Hastings sea-front in July, it was swiftly withdrawn after a deluge of complaints from local businesses.

Mr Gale has indicated that a search for additional test centres in East Sussex is continuing, and is apparently homing in on Plumpton racecourse and/or Glyndebourne Opera House, still each a long way from Hastings. However, it seems that the vacant premises of the former Ark Helenswood School, which are now owned by the Department for Education, may eventually be made available.

The other alternative explanation being touted in May was that very large numbers of people might have already had the virus in Hastings prior to any testing regime, and been asymptomatic or recovered. Accounts continue to circulate of residents having suffered unusual coughs and other ‘flu-like symptoms during the winter months before the coronavirus was recognised as an infection that had reached Britain. Mainstream media reports now admit that this was probably several months before the officially first identification in February.

It was suggested then that this theory could be proved or disproved by administering a reliable antibody blood test to the population, or even to a relatively small random sample, so as to identify those who had contracted the virus previously, or at least indicate their numbers. But it turns out that, within weeks of recovery from the infection, the antibodies of those who have tested positive tend not to show up. Official statistics simply don’t tell us who has had the virus and who hasn’t. 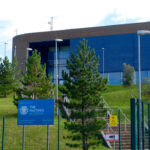 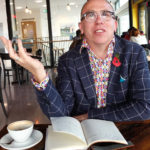