Hastings & District Trades Union Council, which represents around 2,000 members spread over 11 union branches within the local economy, is calling on all workers to put in substantial pay claims in the coming weeks and months. The justification: to “keep up” with soaring inflation.

At a meeting to be held via Zoom next Tuesday evening, 18 January, local union leaders, including from Unison, which represents health and local government workers, and from the RMT, the rail union, will call for “unity and solidarity” in support of:

• A minimum of 7% uplift in pay which they say is “in line with inflation”;

• An increase in statutory sick pay to £346 per week with removal of the lower earnings limit.

This call comes as individual unions are already girding themselves for industrial action.

Unite union, which has 70,000 local government members across the country, has described a 1.75 % pay offer (2.75% for those on the lowest pay) made by the Local Government Association for the current year as “insulting”. In a vote conducted in October 2021, 81% of members rejected it, with 69% confirming they were “supportive” of taking industrial action.

Unison’s ballot on the same offer has been taking place over the past month and is due to close today (Friday). Meanwhile, 77% of its health service members have already voted ‘yes’ in a ballot in favour of “sustained action over pay”.

The RMT last week launched its own ballot in support of strike action for rises in both standard pay and sick pay for train cleaners.

Refuse workers in Eastbourne, who are members of the GMB, took strike action on New Year’s Eve,
7 and 10 January – further days are due to be announced.

The local Trades Union Council describes its purpose as to promote effective solidarity in disputes, joint campaigns, and increase trade union membership and activity. It has posted what it called “a New Year message of hope for the people of Hastings & St Leonards” from its secretary Jonathan Lee and chair Simon Hester: “We are on your side in opposing the Government’s divisive policies which are causing rising inequality in our country. We understand the real heroes of the Covid 19 pandemic are the working people who keep our country going, and not the mates of Johnson and his cabinet. All workers and trade unionists who want to discuss the fightback are welcome. Let’s make 2022 the year that workers achieve pay justice.

It is undeniable that, across the economy, inflation has taken hold over recent months in a way not seen since the early 1990s. The Consumer Prices Index issued by the Office for National Statistics last month calculated inflation in the cost of living at 4.6 % over the 12 months to November, up from 3.8% in October. A recent posting on the Bank of England website headed Will inflation in the UK keep rising? admits that many prices have risen sharply as a result of supply chain problems brought about by the Covid pandemic, and notes substantial increases in energy (oil and gas) costs. Inflation, the Bank predicts, “will reach about 6% by spring 2022. But we expect it to start to come down after that.”

Mr Lee isn’t assuaged. “Workers in Hastings and St Leonards are feeling the pinch”, he says. “The cost of all key essentials have been going up – food, energy, petrol, rents – and is set to rise even further. In April we will all be hit with a double whammy. Energy costs, especially gas, are predicted to jump by 45-50%. National Insurance contributions will go up from 12% to 13.25%, nearly a 10% increase in contributions. In reality, this is an increase in income tax which disproportionately affects working people, especially the low paid.

“And for the major employment sectors in Hastings and St Leonards, care homes and hospitality, income is typically at minimum wage levels.

“Any pay rise less than 7.1% is a pay cut, in real terms. This is why Hastings & District Trades Union Council is calling on all workers to put in substantial pay claims in the coming weeks and months. We fully expect workers and their unions to prepare for industrial action to keep up with inflation. When workers stand up for themselves we will be there in full support with practical solidarity.”

The Union Council’s call for a concomitant rise in sick pay is based on research released by the TUC last month claiming that the UK has the least generous statutory sick pay in Europe, worth just £96.35 per week, and that it is only available to employees earning £120 per week or more, leaving around a third of workers – over 10 million people – with sick pay that is too low to meet basic living costs, or with no sick pay at all.

Inequalities in pay and conditions have, it is maintained, been highlighted by the pandemic. “The richest people in Britain are getting richer”, Mr Lee argues. “There are more millionaires and billionaires than ever. During the pandemic the richest 1% saw their collective income increase every day by £390 million.

“We all know who the essential workers are, the people who were in the front line and kept this country going. Typically, they are the low paid. And Covid death rates amongst the essential workers were massively disproportionate, especially in the caring and health professions, transport, logistics and retail.”

• All workers and trade unionists “who want to discuss the fightback” are invited to the Union Council Zoom meeting on 18 January, starting at 7.00pm. For the Zoom link, email Jonathan Lee at [email protected] 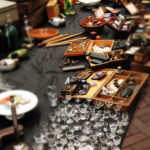 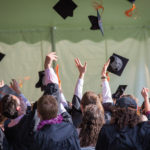 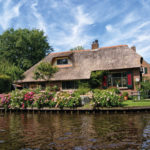