To Spray Or Not To Spray?

Councils clash on streets of Hastings

East Sussex County Council’s continued use of the weedkiller glyphosate on the streets of Hastings has come under fire from Hastings Borough Council.

The Borough Council (HBC) instructs its contractors Idverde not to use glyphosate in the parks and gardens which it manages. The County Council (ESCC), which is responsible for maintaining the town’s roads and majority of pavements, has been asked to find more environmentally friendly methods of removing street plants. ESCC has responded that its budget is insufficient to do so by any other method.

However, Cllr Maya Evans, HBC’s lead councillor for the environment, has strongly criticised this response. “Street plant main-tenance sits within a bigger vision around how we can maximise biodiversity and promote plants which are particularly supportive of local wildlife”, she declared last week. “We have previously passed motions pledging to support pollinating insects, especially bees. We are horrified by the county council’s use of this toxic chemical on our streets, we are aware of the impact it has on the natural environment, and the potential risk to human health.”

She claims that HBC is “working behind the scenes to take radical action…We are taking practical steps to take our town back, and to run it so that people and planet are prioritised and protected.”

No suggestion has been made so far that HBC should or would take active responsibility for maintaining streets in place of ESCC. Rather, Cllr Evans has pointed out that residents of individual streets have been asking to take on the maintenance responsibility themselves, and says they should be allowed to do so. “It is ridiculous for East Sussex County Council to spend money spraying the streets with glyphosate when local residents are happy to do the weeding themselves.”

Julia Hilton, newly elected Green councillor on both HBC and ESCC, appears to support this. Her party are calling for a county-wide ban, but she has told HIP that they are working with residents of Old Hastings and Tressell ward to identify those that wish to opt out of spraying and maintain their own streets, though she also says that HBC wants to bring all weed control in house.

Last summer, prior to her double election, Cllr Hilton had co-presented a petition to ESCC to cease the use of glyphosate in Hastings, but received short shrift from the county council’s lead member for transport and the environment, Cllr Claire Dowling. Without any public debate but armed with recommendations from the council’s director of Communities, Economy and Transport, Rupert Clubb, Cllr Dowling took a “remote” executive decision on 28th September that the council’s contractors “will continue to safely use a Glyphosate based herbicide until a suitable alternative becomes available, and will work with neighbouring authorities to continue exploring alternative options and work towards introducing new methods as part of the next highways maintenance contract in 2023 as appropriate.” She added that “at present using a Glyphosate-based herbicide is the most effective and efficient weed control measure, and is an approved licenced product applied in accordance with best practice.”

Cllr Dowling has just been re-appointed to the ESCC cabinet with the same portfolio (see page 4), and has not given any indication of a change of heart.

In the meantime HBC has been widely accused on social media of breaching its own No Mow May initiative, under which maintenance mowing programmes for parks and gardens normally scheduled for late April or early May were held back in the interests of biodiversity, including protection of natural wildflowers, and of bees and other pollinating insects.

As it happened, there was slow growth of grass and other plants as a result of a drawn-out spring that was unseasonably cold and dry. However, from the second week in May the onset of warmer and wetter weather created conditions for rapid catch-up, and mowing of verges up and down Hastings and St Leonards undoubtedly took place before the end of the month.

Who is to blame? It seems that in most cases it was ESCC contractors rather than any working for HBC who were responsible, but members of the public are clearly confused at the apparent lack of co-ordination between the two. 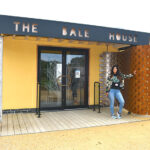 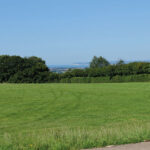 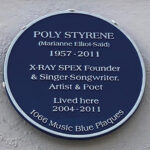 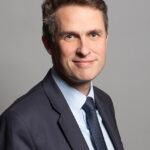 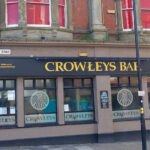 Guardians of the Night