The development project being promoted by Seachange Sussex at North Queensway with £3.5m of public funds allocated by SELEP (South East Local Enterprise Partnership) may be running out of time.

Funding was originally offered on the basis that building of commercial units on the site would begin in January this year and be completed by October. But, as previously reported in HIP, the development has encountered severe challenges in the planning process administered by Hastings Borough Council. In particular, Natural England indicated in June that it will object to the application unless further information is provided about the potential effects upon the neighbouring SSSI (Site of Special Scientific Interest) at Marline Valley Woods. A Seachange spokesperson told HIP in August that it is “in the process of pulling together a response to Natural England, which will be published on the planning website in due course”; however, more than a month later nothing has appeared.

The spokesperson also told HIP at that point that Seachange was keeping SELEP updated on the status of the project and didn’t anticipate any funding issues that would prevent it going forward. However, these expectations may have to be revised. The SELEP Accountability Board has noted in a document to be reviewed by its Strategic Board in a meeting today (Friday 1st October) that both the required planning consent and a third party agreement with East Sussex County Council which is dependent on it are at risk; and that, unless that risk can be “fully mitigated” by 19th November, the development should be removed from the funding programme and the cash reallocated to alternative projects in the pipeline. It’s difficult not to construe this as setting the November date as a deadline for showing that planning consent has been effectively secured.

In the meantime Seachange is still apparently short of a director to represent Hastings Borough Council on its board in place of Cllr Kim Forward who resigned four months ago. In August the company spokesperson told HIP that this was simply a matter of “waiting on certain documents” from the council in order to register Cllr Paul Barnett as the new appointee; but a month later this appointment has still not been registered. 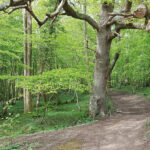