Let us manage the pier until the end of December, say FoHP. Emma Harwood reports. 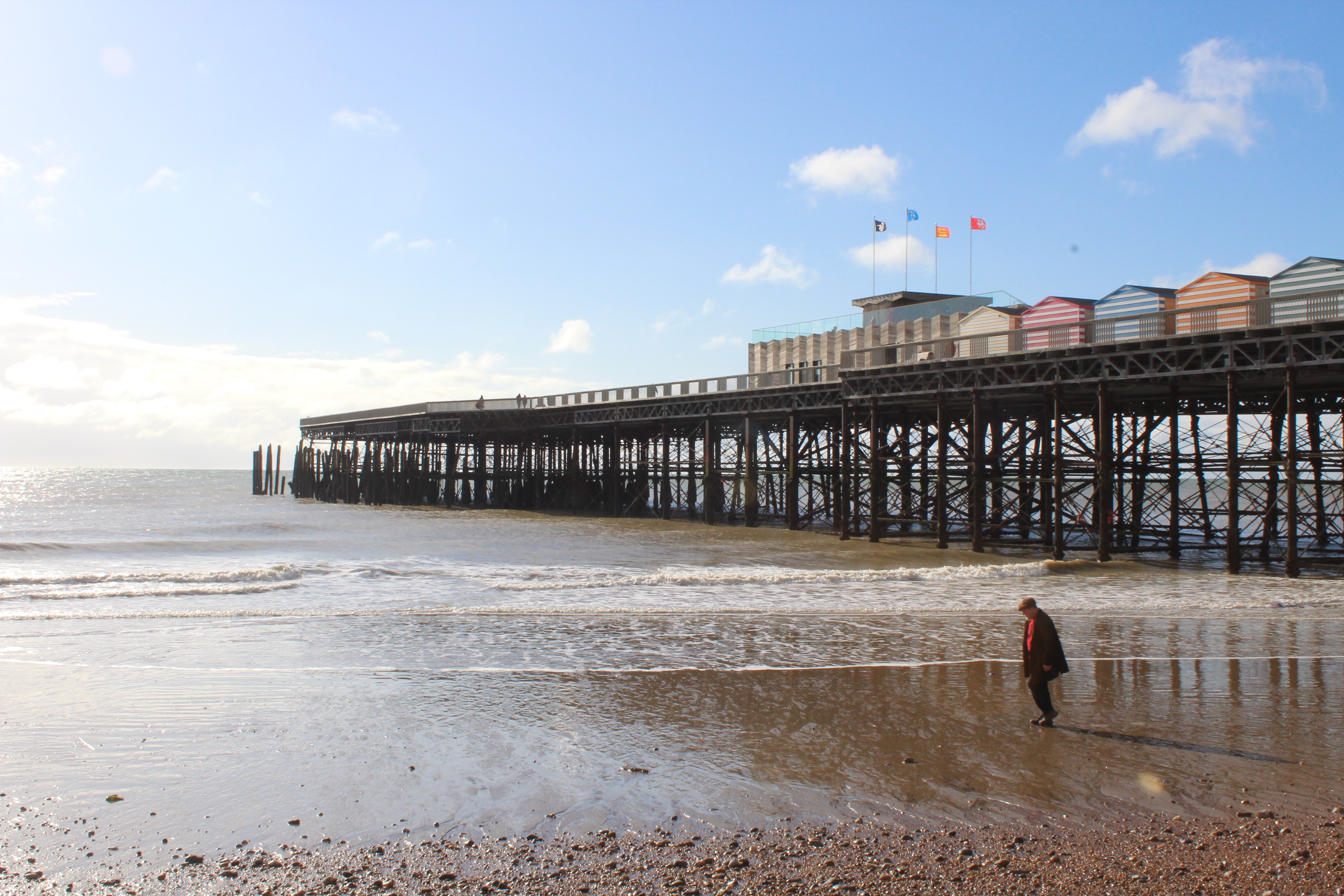 As the clock ticks for the Friends of Hastings Pier (FoHP) to persuade administrators to hand ownership back to the Hastings and St Leonards community, a mix of new investors, crowdfunding money and the passionate intervention of existing staff and volunteers at the pier have been combining to make their case.

FoHP’s longer-term plans hinge on gaining the backing of the Foreshore Trust (FT) charity, as reported in our last issue. But the charity trustees are not due to discuss the proposals until their meeting on 25th June and will thereafter have to undertake extensive legal and financial investigations to determine whether they can and should accept responsibility. Accordingly, FoHP were set to present a new proposal to the administrators Smith and Williamson on Tuesday (29th May) asking to take on the management of the pier until the end of December this year. The group, which has now been incorporated as The Friends of Hastings Pier Trust, argue that this seven-month extension would allow the FT time to make a decision, as well as prove their capacity to manage the award-winning structure through the peak summer season.

At the time of going to press, FoHP’s ‘crowdfunder’ account had hit a total in excess of £375,000, raised from around 750 contributors (including Council Leader Peter Chowney, who has pledged £100) and boosted by a £300,000 interest free loan from ethical developer Igloo Regeneration. The deadline to reach the £500,000 target was due to expire on Thursday.

In addition, FoHP have been in talks with a potential investor and commercial operator, who could manage the top half of the pier on their behalf. The businessman, who does not want to be named, has a background in licensed restaurants and street food markets, and was examining the figures behind FoHP’s business plan last weekend.

Administrators are under pressure from the Heritage Lottery Fund (HLF) to find a buyer as swiftly as possible before the start of the summer season. Currently there is only one other bid on the table, from the owner of Eastbourne pier, Abid Gulzar. A local hotelier, he bought the Eastbourne structure in November 2015 and has since renovated and repainted it. However, Jess Steele, spokesperson for FoHP called this alternative option “deeply offensive.”

“Mr Gulzar has been on the pier many times recently telling staff that he’s not going to need any of them and he’s got his own staff”, said Ms Steele, “so the pier staff and volunteers have been really demoralised. There are currently only two options, and here’s a man that’s going to wipe out the jobs that are there for local people and the volunteer work that is happening. It just seems so wrong.” Pier staff, who number around 43 employees and 100 volunteers, have made their own views known in a letter to the administrators appealing to them to consider their “status, experience and knowledge as workers on the pier,” when making a final decision. They say:  “Most of us have been here for some time, many since the pier’s reopening two years ago – we have witnessed its many ups and downs first hand and have a lot invested in its future. Obviously it employs us and pays our bills but also, after all we have endured, we’ve developed an emotional bond to it and a strong appreciation for its function within our town and community. It has become both a home and a hub and we want to see it in safe hands,”

“Hastings is filled with community activists – the very reason the pier was able to be saved and reopened in the first place – who will not be impressed if the pier ceases to be an open, accessible public space. If any private owner tries to turn the place into a self-indulgent folly, they should be prepared to face mass protests and boycotts.

“It took the time, dedication and passion of hundreds of people to get it this far and it would be nonsensical to disregard all of these things and ignore the substantial achievements of the workers, volunteers and campaigners. We’ve learned what works and what doesn’t, what our visitors expect and how our visitors will spend. We are used to making the most of our beautiful, award-winning venue, often with limited funds and staffing.

“We have the most at risk from the sale but our opinions aren’t grounded in fear – they come from our deep knowledge of our venue, our customers and our home town.”
Ms Steele will have been arguing at the meeting on Tuesday that FoHP’s management plan was the ideal short-term solution for administrators, who would still hold the pier but not foot the bill for costs over the next seven months. Meanwhile, councillors on the board of the Foreshore Trust (FT), whose annual revenue is around £1.3 million, could consider fully the prospect of becoming the pier’s legal freeholder. According to FoHP’s plan, the FT would then lease the top part back to FoHP Trust who would run the top in partnership with a private commercial operator.

“Obviously the councillors don’t want to compromise their position when decisions are made,” she said. “They don’t want to be seen to have a prejudicial interest. They will need to do due diligence, we’ve only just set up the company (FOHP Trust) so they will need to check everything, and that takes time. But if we get the other £200,000 in the crowdfunder, we can run the pier on this management agreement until the end of December. That’s what we want to do. It’s possible we find we can’t do that, for example it may rain all summer. But the administrators are not taking much of a risk, it’s our money we’ve raised for this purpose, it’s not the Heritage and Lottery Fund’s money nor theirs.

“There have been a lot of successes recently, not least the bank holiday weekend, and there’s some really great staff and brilliant volunteers and we will build on that this summer and hopefully galvanise both them and the wider town to prove that we can do it as a town. Not that we can make it fantastically profitable, but that we can make a difference right now and start to stem those losses and move towards phase two.” she added.

FoHP’s bid was put together by a team of experienced professionals, including retired company director Adam Wide, whose experience includes operating the piers at Bournemouth and Cromer, using the same ‘split’ model as FoHP’s proposal, in which the council or a community body own the freehold and lease the top part back to a commercial operator. He told HIP that the proposals were sound and that administrators had indicated at the 11th May meeting with FoHP that they would favour the plans, if the Foreshore Trust, which owns all the land along the seafront from Rock-a-Nore to Bulverhythe, would agree to help.

“The Foreshore Trust is the golden ticket,” he said. “It makes so much sense. They own all that bit of land, why not own the pier as well?”.

Looking To Help Your Community? Here’s How…