The Tenth Anniversary – Tuesday gets fatter

At the time of going to press, the main musical event of Fat Tuesday, 5th March, had yet to get under way. But already a schedule of gigs, parades, workshops and parties crammed into the first four days of the festival confirmed it as the most varied and exotic celebration of Mardi Gras this side of the Atlantic.

With new financial support from the Arts Council and PRS For Music, as well as from other local sponsors including Hastings Borough Council, organisers Bob Tipler and Adam Daly undertook a huge marketing effort not only in places like Brighton and Tunbridge Wells but in London too. And how the hosting venues were rewarded! Crowds of out-of-towners descended by road and rail for the weekend and beyond, most intent on the twin enticements of music and alcohol but many ready to dance, costume up and explore the streets. Where, just to to enhance an authentic New Orleans feel, they experienced the bonus of wild winds and an occasional downpour from the edge of Storm Freya.

Following the launch party at the Albion on Friday, some 30 bands played 15-minute ‘unplugged’ acoustic sets each at a succession of participating venues over five hours of Saturday afternoon  – quite a few struggling to be heard, it has to be reported; the Mardi Gras ball followed on at St-Mary-in-the-Castle. Rain and wind on Sunday caused the cancellation of the traditional umbrella parade  – but only so it could be transferred to the interior of St-Mary, where it gained in density what was lost in movement.

Adam Daly said he was especially pleased with the success of other fringe events over the weekend, in particular the Sonics celebration of avant garde electronic music, and  Monday’s music industry panel event, the Unconvention.

• Next year? The festival will be back – “pushing the boundaries further,” Daly promised. 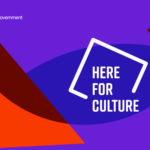