The Role of Entertainments Manager

I was born and bred in Hastings (William Parker school). I started working as a disco co-ordinator for parties of language schools kids, became a coach co-ordinator, then an entertainments manager, principally for EF (English First). It was hard work – sometimes 80 hours a week. I lived on black coffee and Pro Plus.

EF had a policy of mixing international students together so that they wouldn’t just stick to their own language groups. Each student would pay £95 for a week’s activities. Of that sum I only got £15 in my entertainments budget per student; EF took £80! But taking large groups around the sites regularly, I had quite a lot of buying power. I got large discounts at Madame Tussauds, for instance, and the Fishermen’s Museum in Hastings would pay me £1 per student to bring them in. The students were also mainstays of crazy golf and the laser maze. The souvenir shop on the (old) pier got huge business from them. EF would hire the ballroom on the pier for the evening –  it could accommodate up to 1,000 students for one event.

On the negative side, there was quite a lot of violence  – young British kids hostile to foreigners. In 1994/95 a local gang committed regular crimes of theft and violence before being caught, convicted and given quite long gaol sentences.

In 1998 a Czech student was raped.  In 2008 an Arab student from Qatar was attacked outside a kebab shop. He fell, hit his head on the pavement and died. The tabloid press branded Hastings as a dangerous place, and this reputation got around internationally.

Not that the students themselves were always innocent. In 1992/93 a bunch of Russians were caught shoplifting – they just weren’t used to shops full of wares.

International terrorism after 9/11 (2001) was a negative factor. The tube and bus bombings in London in 2005 also had a negative effect.

What would it take to bring back the glory days? Time and deep pockets, I would say, and the schools being less greedy. Hastings remains an attractive place with plenty to offer. 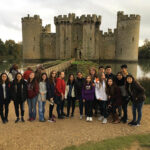 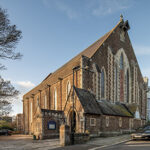 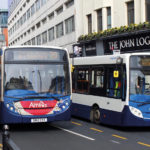