The Refugee Experience: A Two-tier System

In September 2015, the then Prime Minister David Cameron pledged that the UK would welcome 20,000 refugees from camps on the borders of Syria over the next five years. The Syrian Resettlement Programme was the result of this pledge, and involved a negotiation between national and local authorities within Britain as to how and where this influx should be housed and supported.  Between 200 and 260 refugees were allocated to East Sussex. Eastbourne, Lewes, Wealden and Rother initially agreed to resettle 40 households each. Hastings Borough Council offered homes to a total of 100 households over a five-year period. Four years on, only 20 seem to have arrived so far, but it’s a start.

The systems set up for selection of these refugees from within the camps, and for transporting them into the country and then dispersing them within it, give the Home Office a strong level of control. Those that arrive under this programme will have been identified by the United Nations High Commissioner for Refugees as the most vulnerable, whether by reason of their recent history  –  in most cases fleeing from a war zone with the loss of all material possessions, if not worse  – or of other disabilities. Their back stories will have been checked out.  The Home Office will know who they are (or think it does).

And, in turn, the deal offered to them is comparatively liberal. They can expect to receive positive assistance to learn English, they are likely to be funded in respect of the cost of any appropriate studies they choose to undertake, they are also entitled to take paid employment.

The Hastings Buddy Project, devised by Rossana Leal and celebrating its Open Day last week (see below), is aimed squarely at this cohort of refugees.

But the nature of asylum seeking tends generally to be rather messier. For every refugee who flies in with his or her papers already approved by, or on behalf of, UK authorities to give immediate status to work and study, there are a lot more who have come either hidden in the back of a lorry or with a tourist visa that will be effectively torn up on entry. UK law recognises that a significant percentage of such people will have a genuine claim for asylum notwithstanding their clandestine mode of entry. But the Home Office makes no bones of its reluctance to provide a similarly liberal regime for this class. The fear is that any such liberalisation would encourage a limitless flood of would-be migrants. The clear intention is to maintain a harsh regime that deters all but the most desperate and determined.

Two current residents of Hastings, who prefer not to be identified, but whom we have called A and B, tell their stories opposite. One has made it through the system after three years of struggle. The other remains in limbo.

A is from a country in Latin America. He and his family (wife and two school-age daughters) applied for asylum on entering Britain in February 2018. They have been living in Hastings since June 2018.

“When we arrived we were processed by the Home Office in Croydon and sent to Cardiff. My wife and I were not allowed to work. She was able to enrol in basic English language classes, as her knowledge of English was very limited. My English was already fluent, so there was no point in me doing so.

I had qualifications in my own country as a paramedic and also as a teacher, besides having played a lead role in regional politics that led to my seeking asylum. However, I can’t demonstrate my skills by reference to any paperwork.

In Cardiff we were aided by an organisation called Oasis who ran theatre and dance sessions in which we participated enthusiastically. They showed me what kindness is. We put on a musical theatre performance for refugees. By that time (after four months) we had been required to re-locate to Hastings – the Welsh Refugee Council paid our fares to return to Cardiff to perform.

The re-location to Hastings in June 2018 came as a bitter blow to us, since we felt really well integrated into local life in Cardiff. My elder daughter became extremely depressed and would not leave the house we had been moved to for most of the summer months. However, both daughters were enrolled in local schools from September onwards, and they have each been doing very well there. My wife has resumed English language classes at East Sussex College, and I found that Refugee Aid would pay for me to undertake some studies too. The only course offered to me at ESC that I could start without proving qualifications was a Level 2 diploma course in catering and cooking – so I did that and enjoyed it. I would like to move on to Level 3 in September.

Life without work has been really tough. It is not just the money, it is the sense of feeling useful, of providing for yourself and your family. I had always been able to do that, and it makes me feel crippled that I am not allowed to do so here. I understand that some employers might take advantage of asylum seekers if they were allowed to work.  I also agree that it is vital that refugees arriving in Britain learn to speak English. But my English was already good enough to work with, and I could have made a real contribution straightaway.”

B is Eritrean. He applied for asylum upon entering Britain in May 2015, but had his initial application refused. After a tortuous appeal process he was eventually granted full refugee status in November 2017. Work and study restrictions were finally lifted. B has lived in the Hastings area since the summer of 2015.

“Throughout the first three years of my residence in Britain I was given hostel accommodation and an allowance of £35.95 per week (£5.14 per day). I could not work; the only study course I could attend without paying fees was in basic English. and I was told that my English was too good for that.

The lack of money wasn’t too dispiriting. You can live on £5 a day if you cook food and share it. What I found almost unbearable was not being allowed to work. It was like a torture waiting week after week, month after month, for something to happen.

But I was helped by the charity Horizon, who paid for me to study (and pass) GCSE exams in maths and English. That was two full days a week. On another day I worked as a volunteer at the Links Project at Concordia Hall, helping other refugees – my knowledge of English language was a big advantage. That still left four days empty.

Since I gained status last year, I have been able to fulfil my
aims of working and studying to qualify as a maths teacher. The work has been basic – currently I am serving at a petrol station. But I joined a teaching foundation course at East Sussex College for 2018/19, I will graduate with a diploma next month, and I am applying to various universities to start a full two-year course from September.

In my view the ban on asylum seekers working is inhuman. Everyone needs to work. But it also stops people learning English and therefore integrating. The refugees I know who are able to go out to work learn quickly – much quicker than those who study at college but spend the rest of their time alone or speaking their own language.”

In the above article we stated that under the Syrian Resettlement Programme Hastings Borough Council (HBC) had offered housing for a total of 100 refugee households over a five year period, whilst Eastbourne, Lewes, Wealden and Rother district councils had each offered housing for 40. These figures should have referred to individual refugees, not households. In fact, the 20 families which have so far arrived and been housed by HBC constitute 93 individuals, only seven short of its target figure. Simon Finlay says that, by the end of the five-year period of the council’s commitment, expiring in May next year, it is likely to slightly exceed this100-individual target. 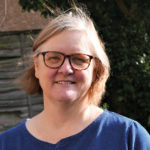