The Man Who Would Be Robert Tressell

Cllr Peter Chowney’s leadership tenure has lasted for nearly five years, arising from the sudden death of previous incumbent Jeremy Birch on the eve of the general election of May 2015. He had been Cllr Birch’s deputy for the previous two years, having arrived in Hastings as a down-from-Londoner in 1997, being first elected as councillor in 1999, and taking on the Council’s regeneration portfolio in 2006.

During the Birch years, particularly during the Blair and Brown national administrations and prior to the financial crash of 2008, regeneration money flowed at a considerable rate towards Hastings – sums totalling in excess of £250m in the decade up to 2010, according to a recent address by Peter. He was appointed director of Sea Space (Hastings and Bexhill Renaissance Limited) in 2010 and of its effective successor Sea Change (East Sussex Energy Infrastructure and Development Limited) in 2011, each company being granted substantial financial resources from both national government and the European Union to promote local development. He was instrumental in channelling funds through these companies to Sussex Coast College (now East Sussex College); the Priory Quarter where the University of Brighton were set to expand a new campus; the Bexhill Link Road, promising new industrial and commercial enterprises as well as traffic relief; and other ambitious development schemes.

But this flow of funds was substantially halted by the ‘austerity’ policies of David Cameron’s coalition government and by the majority Conservative administrations since 2015. Local government found itself squeezed year on year, receiving reduced grants from Whitehall but effectively barred from raising council tax to make up the shortfall. Meanwhile the governance of Sea Space and Sea Change has attracted increasing criticism for lack of transparency and insensitivity to local community needs, culminating in the decision to boot the Heart of Hastings CIC out of a substantial development site in Ore Valley in favour of private developers.

At the general election hustings held at East Sussex College last month, Peter, campaigning as Labour party candidate for the Hastings & Rye constituency, came under fire after admitting that these companies were “not fit for purpose”, that they “had never worked properly and had never been accountable”. He said that he had personally supported the Heart of Hastings bid but had been outvoted by other private sector members of the board.

Why had he stayed on the board of Sea Change for four years and still remained as director of Sea Space? He argued that if he didn’t remain, the council would have to provide somebody else as representative (and indeed, that is the case at Sea Change where council cabinet colleagues -first Cllr Dawn Poole, then deputy leader Cllr Kim Forward – have joined the board in his place). What he wanted was replacement of the companies by a “genuinely publicly-owned regeneration company” spending the money “that a Labour government would bring”.

From that point of view it may be deduced that December’s national election result – keeping a Tory government in office for at least the next five years – will have been almost as much a personal disappointment to Peter as his own failure to win the constituency seat for Labour.

In a parallel universe he would now be MP in Westminster bending the ear of his friend and prime minister Jeremy Corbyn to renew the flow of funding southwards. The prospect of staying instead as council leader to preside over further local government cuts at the behest of unfriendly government ministers and implacable auditors cannot be appealing.

At the beginning of the hustings debate the candidates were asked in turn which fictional character each would choose to switch lives with. Peter Chowney opted in some confusion for Robert Tressell, leaving it unclear whether he meant the real-life house painter and writer, or one of his cast of ragged philanthropists dreaming of lives transformed by socialism. The original sub-title of Tressell’s novel was “Being the story of twelve months in Hell, told by one of the damned”.  It hasn’t been a great year for Peter either.

Now that splendid view over the waves from the top of Muriel Matters House is to be yielded up too. At least there should be more time for his other stated loves: gardening and classic cars. 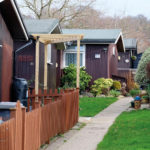