The Royal Voluntary Service (RVS) has told its staff and volunteers that the Isabel Blackman Centre in South Street, St Leonards, bequeathed to the community in 1966 and operating up to May this year as a day centre for up to 200 elderly and vulnerable local residents per week, is to remain closed “permanently”.

Next Tuesday (27th August) the RVS will hold a “Thank You afternoon tea” (somewhat strangely timed at midday) at the St Nicholas Centre in London Road  in order “to thank everyone who has been involved in the centre”.

Rebecca Blunt , senior HR partner at the RVS, added in a letter to staff and volunteers on 7th August: “It is with great sadness that we have taken this very difficult decision….The wellbeing of older people in St Leonards and Hastings is very important to us, and we will be continuing to run alternative activities and services in the local community”.

It is not clear, however, what alternatives the RVS are referring to, apart from a monthly ‘First Time For Everything’ session funded by the Prudential, which used to take place at the centre but now finds other venues. Their website www.royalvoluntaryservice.org apparently lists all social activities which they continue to support. The nearest activities noted there are lunch clubs at Rye, Pevensey Bay and Ticehurst and a social club in Hawkhurst – none of much practical value to residents of St Leonards.

The true reason for the shut-down also seems open to question. The Centre was  closed suddenly on 2nd May on the grounds that the condition of the building gave rise to urgent health and safety concerns. A survey then concluded that the bill for vital repairs would be in the region of £67,000. However, as reported in HIP Issue 129 in June, a mystery benefactor came forward with an offer to donate £40,000, and Ms Blunt’s letter implies that other offers were also received which would cumulatively have covered the full cost. Rather, it was the “long term” costs of keeping the centre running which, she said, had grounded the decision.

What is meant by “long term” has not been specified. The centre had been running at a loss for some time, in line with cutbacks in local authority funding for community provision across the board. East Sussex County Council are as cash-strapped as any. However, the RVS were previously in negotiation with a neighbour for sale of some land, including a garage, at the back of the site, and the anticipated proceeds of sale could have been used to enable the centre to keep open for some time while alternative funding streams were sought. Indeed it seems that this was the original intention.

Moreover, back in June, the RVS were suggesting that if sufficient money could be found for the repairs, they might consider the option of community volunteers taking over the daily operation entirely. An action group was formed by volunteers and service users, but the RVS gave them no more than two months to come up with a business plan.

HIP now understands that it was RVS, rather than the prospective purchaser, who have effectively pulled out of the deal. The suspicion must be that they have received advice that the combined value of centre and adjacent land would be greater than if the two were sold separately, and they will thus look for an overall buyer. How would  any forthcoming proceeds of sale be applied? That depends presumably on the terms of the original bequest, to which HIP is not privy. 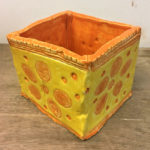 There’s A First Time For Everything 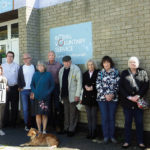 Save The Isabel Blackman Centre 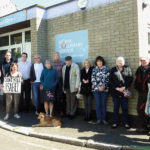 Closure In The Community 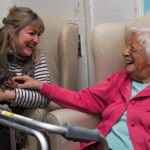 Good News For The Elderly – Including Hens And Winkles

« Can I Recycle This? Problems With Plastic
Milestones Play The Music Of Miles Davis »