The UK government wants to put smart meters into every home in the country. You may have seen the TV ads. According to Smart Energy GB we need to become ‘active and enthusiastic’ about the benefits of smart meters. But it seems that many of us are less than excited about these new devices. Despite promises of cheaper bills, around 6 million UK householders have rejected them. Many fear the devices pose a risk of data hacking but there are other reasons that people may not want to give houseroom to this equipment – not least, serious health risks.

Smart meters were supposed to give customers highly accurate billing but a study from the Netherlands identified five types that gave readings up to 583% higher than actual energy use! A Daily Telegraph article confirmed that meters giving wrong readings ‘have been sold and installed in the UK.’ It’s led to countless media stories of people being charged absurd sums for energy they haven’t used.

Last December, The Guardian reported: Smart electricity meters, of which there are more than 100m installed around the world, are frequently ‘dangerously insecure’. Netanel Rubin, of security company Vaultra, warned a conference that ‘The lack of security in the smart utilities raises the prospect of a single line of malicious code cutting power to a home or even causing a catastrophic overload leading to exploding meters or house fires.’ If a hacker blowing up a house via the energy meter is somewhat ‘James Bond’, it seems that a smart meter can cause a house to catch fire without human interference. In North America there have been many fires linked to the devices. Two years ago the Canadian Electrical Safety Authority ordered the disconnection of over 100,000 smart meters of a type implicated in house fires in Saskatchewan. A few months later in Ontario, Veronica Onyskiw woke up to a noise like an engine revving and discovered her smart meter was ‘a ball of fire.’ This was not of a type already considered a fire hazard. In the UK there were 18 fires associated with smart meters in the first six months of 2017 and the number may well be greater. Fire officers suggest that there could be significant under-reporting of fires caused by electrical devices including smart meters.

Apart from being hacked, set on fire and getting a bill a few thousand pounds out, there is also the potential health risk from so-called electrosmog – the invisible electromagnetic radiation from wireless technology. Smart meters use short pulses of non-ionizing microwave radiation.  Unsurprisingly, the marketing promotes the technology as safe but there is growing concern. When I got a leaflet telling me that I would soon be sharing my home with one of these devices, I posted information on social media. One person responded that ‘there isn’t a shred of evidence’ supporting assertions of health risk from electromagnetic radiation. He referred to a website called ‘Science Based Medicine’ quoting the World Health Organization (WHO) with a headline of ‘Nonsense about the Health Effects of Electromagnetic Radiation’.

The WHO statement does not actually use the word ‘nonsense’. What it does say is that ‘current evidence does not confirm the existence of any health consequences from exposure to low level electromagnetic fields.’ But they continue: ‘however, some gaps in knowledge about biological effects exist and need further research.’

William Stewart, Head of the UK Health Protection Agency told BBC’s Panorama that WHO was wrong and that there was evidence of harm and the WHO statement was not an accurate reflection of available science.

The UK government commissioned a report on potential health risks of electromagnetic fields from the same Health Protection Agency. The report was far from reassuring, referring to studies showing evidence of harm. The government chose to ignore the warnings and roll out the devices regardless.

Theoretically the electro-magnetic radiation from both mobile phones and smart meters is not powerful enough to heat organs and cause cellular damage. Let’s hope that’s true as more than seven billion of us now use mobile phones, usually holding them directly against our heads on a daily basis. However, there has been considerable debate over the risk of brain cancers. A 2004 study from the Karolinska Institute in Sweden found that people who had used mobiles for 10 years were more than twice as likely to develop a specific tumour on a nerve connecting ear to brain [acoustic neuroma] than short-term users.

Last January the Swedish Radiation Protection Foundation concluded that tumours of the brain and central nervous system have more than doubled since 1990. In April, Italian Roberto Romeo made history when a court awarded him a pension after he had developed a brain tumour following 15 years of excessive work-related cell phone use. His lawyers stated ‘For the first time in the world, a court has recognised a causal link between inappropriate use of a mobile phone and a brain tumour.’

But back to smart meters. Over recent years a succession of senior scientists have objected to a lack of precautionary principles and an over-friendly approach to the industry:

• 2015: two hundred scientists from twenty-one countries launch ‘International EMF Scientist Appeal’ lobbying the United Nations for safer technology and better regulation. It refers to an ‘environmental crisis’ … ‘We have created something that is harming us and it is getting out of control’.

• 2016: the BioInitiative Working Group lobbies WHO urging it to reform their unbalanced EMF decision-making panel which uniformly refuses to accept new scientific evidence of potential health risks from non-thermal, low intensity radiofrequency radiation despite recent scientific advances in knowledge on the subject.

• 2017: a European group of organisations demanding  ‘EMF exposure regulation which truly protects public health’ write no confidence letter to the WHO. They express ‘full support’ for the ‘BioInitiative Working Group’ and re emphasise the need for changes in the advisory panel. ‘By not taking action, WHO is failing to fulfil its role as the preeminent international public health agency.’

• Centre for Electrosmog Prevention reports studies measuring pulses from smart meters up to 1000 times greater than the typical cell phone. They criticise a notable discrepancy between industry claims and independent observer reports.

In the face of all this scientific evidence the British government is still rolling out the smart meter campaign, albeit with a little less enthusiasm…they now say that the meters are not obligatory. I doubt that many would be willing to give up their mobile phones despite knowing potential risks, but we might well conclude that we have enough electrosmog to deal with without sharing our homes with
a smart meter.

THE TECHNOLOGY
Smart meters communicate with each other in your home via a wireless Home Area Network (HAN). Once your smart meter has gathered readings about your various utilities it uses a Wide Area Network (WAN) to send them to your energy supplier usually via a DCC (Data Communications Company). Sometimes your meter will communicate directly with DCC and sometimes it will talk through the meters around you to reach a particular meter which has direct communications with DCC. This form of communications is known as a Mesh network. 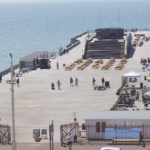 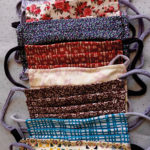