SeaChange Sussex, funded with public money channelled through the South East Local Enterprise Partnership, have been accused by environmental pressure group Combe Haven Defenders (CHD) of presiding over a doubling of the budgeted cost of building the Queensway Gateway Road, which will link Queensway with the A21 (behind the main Sainsburys store). East Sussex County Council will, according to CHD, be plugging the shortfall by diverting up to £6 million from a fund previously allocated to various other transport projects including walking and cycling improvements in the Hastings and Bexhill area. The stated purpose of the road is not only for traffic relief but to create jobs in a development park alongside.  CHD contend that few or no jobs will be created.

SeaChange maintain that they are still working within the limits of an original budget of £31 million covering both this road and the Bexhill North Access Road at the other end of the Combe Valley link road, and that development plans remain on course. “Regeneration is always a long-term process,” their spokesman said last week, “but this area is seeing the steady progress in attracting employers and securing jobs which the community deserves.” 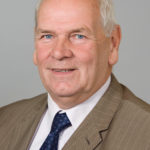 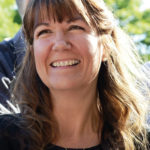