The National Education Union was due to host a public Zoom meeting on Wednesday 26th May regarding the future of Rye College, formerly known as Thomas Peacock. Parents, pupils and other concerned members of the local community were encouraged to link in. This follows a public demonstration held at the school on the previous Friday to protest against proposed teaching cuts and what is seen as an intentional narrowing of the curriculum.

Campaigners are complaining that staff cuts have already eradicated courses in computer science and food technology, and that current proposals now threaten classes in textiles, travel and tourism, graphics, and dance and drama. A letter has been written to Sir Paul McCartney, former parent at the school, to seek his support for an online petition set up by Daryl Devlia, who calls on the school authorities to “not reduce their performing arts curriculum”.

Governance of the school was taken over in November 2018 by the Aquinas Church of England Education Trust, following an adverse Ofsted report earlier that year which rated it as “inadequate” in three of its four assessed categories – effectiveness of leadership and management; quality of teaching, learning and assessment; and outcomes for pupils.

Executive Headteacher Barry Blakelock, who presided over the change of administration, wrote last week to parents insisting that the standard of education had been improved for all pupils over the four years of his headship. He informed them that the school intends to retain dance and drama in the curriculum, including as a GCSE option, and that GCSEs were also to be offered in photography and fine art. Other subjects claimed to be at risk are dependent both on recruitment of appropriate staff and on sufficient student uptake.

“Curriculum and staff change each year to reflect the young people and adults in the building”, he added. “There are some things we want to change – we want more teachers delivering their own subject specialism, we want less cover and we want the ways in which subjects are supported to meet the needs of the subject area. There will be some changes to staffing but these will be kept to a minimum. Colleagues have actively engaged with the consultation and consequently we anticipate very little change.”

The NEU has indicated that it has begun balloting its members at the college with a view to potential strike action. 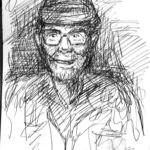