The freehold of Queens Arcade in Hastings town centre was sold at auction last Wednesday for £461,000. As reported in our last edition (HIP 173 – Why is Queens Arcade being auctioned?), its owners, the Went Tree Trust, said they were putting the historic arcade up for sale “in order to secure the charity’s financial future and enable it to continue to support the charitable aims of its founder Alderman Went Tree” – principally to purchase artefacts for Hastings Museum. The Brighton auctioneers Clive Emson had indicated beforehand a guide price of £325-350,000.

The much higher figure obtained seems to bear out the complaint of many local observers that the trustees had not appreciated the value of their asset, though it could be that this public outcry was itself a factor in bidding up the price on the day.

There were 51 bids reportedly made. The successful buyers have not been identified, though the auctioneers have described them as property investors who own a number of similar arcades elsewhere and have given no indication of any plans to change the character of the arcade. In any event there should be no immediate consequence for its current retail and commercial occupiers, who will retain the same rights and obligations under their respective leases as hitherto. However, whether the buyers will seek to raise rents or manage future lettings in a radically different way remains to be seen.

Some public opponents of the sale had suggested that the arcade should have been listed for planning purposes so as to protect it from demolition or alteration. But there seems no reason in principle why the sale to new owners should make any difference to a listing application if it were made now. Others had urged the trustees to postpone the sale to allow for an application for the building to be registered as an asset of community value (ACV), and Cllr Judy Rogers, representing Castle ward on Hastings Borough Council, has said that she will still pursue this for its future protection. It’s difficult, however, to see how a town centre site that operates as a retail parade selling standard wares and services could be successfully argued to fit within the legal framework of an ACV under the Localism Act, however aesthetically pleasing the experience may be. 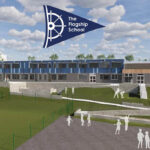 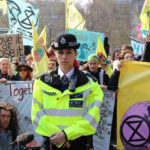 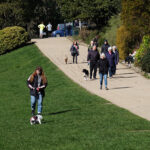