Piano Concerto Performances To Be Beamed Live To Priory Meadow

Performances in two rounds of this year’s Hastings International Piano Concerto Competition will be live-streamed to a large television screen  at the Priory Meadow Shopping Centre. They will also be freely accessible on the HIPCC website, www.hipcc.co.uk

The competition, which started at the White Rock Theatre yesterday (Thursday) and continues until March 2nd, is  a major event on the international competition circuit and a cultural highlight for the south-east of England. But the organisers, HIPCC, are also determined to capture the imagination of an ever-wider section of the population of Hastings. Accordingly both Stage 2 and the Semi-Final of this year’s competition, which run from Monday February 25th to Wednesday February 27th, will be given this free outreach exposure.

Another element of the outreach programme offers free tickets to the early stages of the competition to children under 16 accompanied by a paying adult. School teachers can also apply for free tickets for their students by emailing [email protected]

Helen Winning, the Chief Executive of the music festival and the competition, says: ‘Live streaming via our website is an opportunity to bring the excitement of the competition to a world wide audience. The large screen in Hastings town centre will make local people and visitors alike aware of the amazing talent of the young international pianists and hopefully encourage them to buy tickets and experience this world-class music for themselves.’

This year there will also be a limited number of free tickets for people aged between 16 and 25 for the Masterclasses to be held on Thursday February 28th, when the six semi-finalists who do not get through to the final will be given open tuition by members of the international jury.

This is a chance to gain an insight into what a competition like this really feels like. The audience will join the contestants and judges on the stage of the White Rock Theatre. There will be sessions at 4.30pm and 6.30pm. Again, children under 16 accompanied by an adult will also be offered free entry.

The outreach programme is an ongoing project. Over the last few years, for instance, competition prizewinners have visited local schools to promote the joy of classical music. Most recently, the stunning young Chinese pianist Gen Li, who came second in last year’s competition, went to Battle Abbey School in December to give a recital.

Before him, many other prizewinners have gone out to spread the word in both state and private schools that classical music is for everyone. Not every young pianist is going to achieve the heights that the dedicated young contestants playing at the White Rock achieve, but the aim is to fire the enthusiasm of as many as possible.

This year’s competition will reach its climax with the two finals staged on March 1st and 2nd, when six finalists – three each evening – will play the whole of one of their chosen concertos with the Royal Philharmonic Orchestra (RPO) conducted by Rory Macdonald.

The winner will receive a prize of £15,000 and the chance to appear in concert twice with the RPO – once at a regional event and once at their London home, Cadogan Hall. He or she will also be invited to play a concert in the United States and a number of other concerts elsewhere.

The RPO have recently signed a new five-year partnership agreement with the Hastings competition which confirms them as its resident orchestra from 2019 onwards.

The orchestra are also keen to contribute to HIPCC’s outreach programme. Having one of the world’s greatest orchestras playing a key role in the musical life of the town is a tremendous boost for Hastings. Hopefully they will encourage more and more local people to become involved.

• All stages of this year’s event  take place at the White Rock Theatre and are open to the public. Tickets are now on sale from the White Rock box office (01424 462288) or online from www.whiterocktheatre.org.uk  For further information, go to www.hipcc.co.uk 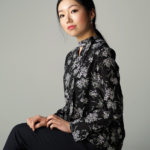 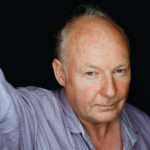 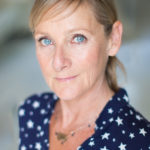