The Hastings International Piano Concerto Competition (HIPCC), being held for the first time in three years after abandonment to Covid-19 restrictions in 2021, opened on 24 February, the same day as first news reports of the full-on military invasion of Ukraine by Russian troops. By that time all contestants, including several of both Russian and Ukrainian nationality, were gathered for the ten-day festival, performing first at the Rye Creative Centre, then the following week at the White Rock Theatre.

As the news mushroomed, Prime Minister Boris Johnson told Parliament: “we are not anti-the Russian people; we are anti-Putin and his regime”.  But there has been more or less universal acceptance that the West’s response to Russia’s invasion of Ukraine should entail, at the very least, punitive economic sanctions even though they will obviously harm ordinary Russian citizenry – indeed that’s their purpose. So what about sporting and cultural links?

It’s a question that international bodies including FIFA, FIA (the world motor racing authority), the Paralympics Winter Games committee and Eurovision Song Contest organisers have had to grapple with over the past fortnight. Likewise the trustees and senior management of the HIPCC.

It has been easy enough for governing bodies to make decisions banning teams and institutions that represent the Russian state – those that might drape competitive success, literally or figuratively, in the state flag or stand to attention on a podium as the national anthem is played. But what about participation in sports or cultural contests which are essentially individual? That’s evidently a more difficult issue to address in a society which upholds the rights of individuals.

In Parliament, Culture Secretary Nadine Dorries proclaimed last week that Vladimir Putin “is now suffering a sporting and cultural Siberia of his own making”. She confirmed that the 2022 Champions League football club final and Formula 1 Grand Prix would no longer be held in Russia. Likewise, Russia had been banned by UEFA, FIFA, World Rugby, the International Tennis Federation and the International Olympic Committee, while venues across the country have cancelled upcoming performances by the Bolshoi and Siberian ballets. She added: “I want to make my position clear: no Russian or Belarusian athletes or sportspeople should be taking part in any sporting competitions.”

However, when Chris Elmore, Labour party Shadow Minister for Digital, Culture, Media and Sport (DCMS), sought her confirmation that individual Russian and Belarusian tennis players would be banned from Wimbledon and other tournaments, Ms Dorries sounded less decisive. “Some of these issues are very difficult, involving athletes who have trained all their lives to compete in certain events.”

That description could certainly be extended to the international cast of pianists playing in Hastings. The competition has in recent years attracted a significant proportion of Russian contestants including the 2018 winner Roman Kosyakov and 2019 runner-up Maxim Kinasov. Most have received early training in Russia but, more often than not, obtained scholarships at music academies in the UK, USA or elsewhere in the West. Were they nevertheless to be depicted as Putin’s cultural foot-soldiers and barred from the competition’s Steinway piano?

The HIPCC decided otherwise, swiftly issuing a statement – “We are proud to have welcomed some of the world’s most talented young pianists to this year’s competition. Our competitors are from more than 40 countries and have a unique opportunity to make lifelong friendships with each other during their time here in Hastings.

“Music is and always will be a force for good in troubled times, and we have been moved by the solidarity and kindness that all our competitors have shown to each other from the beginning of the competition, even as the awful situation in Europe unfolded.

“As an international charitable organisation our ethos is to welcome all the world to Hastings and create a spirit of friendship and understanding. Therefore we must continue to support all of our young musicians, regardless of which country they are from, who are here to enthral and inspire our audiences.”

This unequivocally liberal stance was reflected in the issuing of a formal photograph of two competitors, from Ukraine and Russia respectively, pictured arm-in-arm on the steps of the White Rock. Ukrainian Oleksii Kanke is based in Kyiv; Nikita Lukinov hails from Voronezh in south-west Russia, less than 200 miles from the Ukraine border, but has been studying music at the Royal Conservatoire of Scotand in Glasgow for the past four years.

The verdict of the jury

There were five Russians out of 12 semi-finalists selected in last week’s competition, among them Mr Lukinov. He didn’t make the final round, in which six pianists play their concertos with a full orchestra, the Royal Philharmonic; but three Russians did – Mariamna Sherling, Fedor Orlov and Aleksandr Kliuchko – together with contestants from Japan, Britain and Georgia.

All at this stage have incredible technical proficiency and the choice of one over another is bound to be subjective, as jury president Vanessa Latarche freely admitted in her closing address. Were there pressures on the seven assessors to prefer a Russian performer over a non-Russian, or vice versa? Who would admit it?

The £15,000 first prize  was awarded to Japanese teenage prodigy Shunta Marimoto for his performance of Schumann’s Piano Concerto in A minor (Op 54), with Brit Thomas Kelly receiving £7,000 in second place. A full audience at the White Rock acclaimed all six finalists.

• The competition will return to Hastings in 2023. 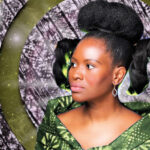