Panama Papers – It’s laws and treaties that are the problem, not the tax avoiders

Google “offshore investment” and the results are a ‘how to’ of investing: ‘you don’t have to be a millionaire to be treated like one’ as one site states…this is the problem. We yearn for wealth and we have a culture and system that rewards it, despite what Sir Ian Duncan might say. The trouble is that massive wealth accumulation by individuals is at the expense of those who will never be anywhere near the same position financially (unless they win the Euromillions) or at worst are barely surviving under the current paradigm due to supposed austerity.

The loopholes that have been legislated for during a long history of treaties and laws are the basis of the complex transnational system of financial secrecy that makes this kind of activity legit. The release of the Panama Papers highlights this but mainstream media has taken to pointing fingers at individuals, a tactic which simply provides fodder for forthcoming satirical youtube remixes but will do little but preach to the converted.

Sure it’s great to see David Cameron on the back foot when confronted with details of his inheritance from his father, but this is old news. Of course, it is two-faced when in 2012 during UK’s presidency of the G8 Cameron committed to deal with this very issue while the Tory government continues to support tax avoidance as part of the neoliberal rollout, but the media has failed to focus on the problem which are the laws that encourage this unethical financial behaviour.

To link it to the local context, the ownership of Hastings Pier was transferred to Panama based company Ravenclaw Investments Incorporated to avoid any liability, thus causing massive delays in the rebuild by being uncontactable, resulting in the sale of the pier forced by court order. This is just one example where the loopholes available to avoid responsibility has damaged our local community. But it’s all legal.

This week Caroline Lucas has tabled an Early Day Motion in Parliament “calling for the network of destructive tax havens to be shut down. The EDM [1336] follows the leak of 11.5 million files from one of the world’s largest offshore law firms….calls on the Government to immediately force full transparency by insisting that the UK’s Overseas Territories and Crown Dependencies adopt public registers of beneficial ownership in line with the UK’s register; calls on the Prime Minister to reassure UK taxpayers by listing all the investments he has held since first elected as an hon. Member; and calls on the Government to use the International Anti-Corruption Summit in May to persuade other countries to adopt public registers of beneficial ownership…”

This is not a matter of diplomacy. The UK government, regardless of its leadership, has failed to simply legislate to change the laws which allow British Territories to be used as offshore tax havens – yes it is that simple (the UK can pass laws in those territories over which Westminster has jurisdiction, abolishing the death penalty in the BOT in 1991 and the decriminalisation of homosexual acts in the Cayman Islands in 2000 for example).  The problem is there has been no political inclination to do so. In fact for Cameron it is preferable to hang his head in guilty shame and admit personal fault for taking daddy’s money because this deflects from any accountability as Prime Minister of the largest tax avoiding country in the EU, with the City of London historically embedded in the system.

To avoid this getting swept under the rather lumpy carpet of political scandals, demand for systems of banking and finance as if society matters would need to increase exponentially – imagine a world if corporations and the 1% were not allowed to hide their wealth. 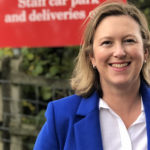 MP Says No To Protecting NHS 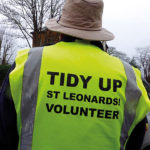 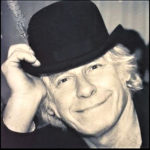 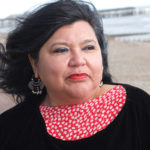 The Refugee Experience: A Two-tier System