A “long list” of candidates from whom one will be chosen to represent the Labour party at the next general election in the  Hastings & Rye constituency was unveiled last week.

The date for such an election may be more than two years in the future.  However, in the aftershock of the Conservative party slumping to seismic by-election defeats in Devon and west Yorkshire, the chances of this constituency returning a Labour MP at the next general election for the first time since 2005 look distinctly favourable. The prize of selection as official Labour candidate may be valued in proportion.

According to Alan Mathison, chair of the local constituency party, the approved list contains just three names –  Christine Bayliss, Bexhill councillor and leader of the Labour group sharing power on Rother District Council; Helena Dollimore, currently a councillor in the London Borough of Merton though raised in a village outside Battle; and Simon Thomson, who is a councillor in Bromley working for a national food charity.

The names of two other locally prominent would-be candidates – Cllr Maya Evans and Bella Sankey, who had each taken to social media in the days before the announcement of the list to promote their respective candidacies –  do not appear.

Cllr Evans had set her stall out on Instagram: “I’m proud to announce that I am running to be Labour’s parliamentary candidate for Hastings & Rye, the constituency I have lived and worked in for nearly 20 years, and the borough I’m privileged to be council deputy leader [of]…I’m standing to give Hastings and Rye a local champion, with a strong track record of fighting and winning for local people, on the issues that matter to you.” She went on to cite endorsements from previous Labour candidate and council leader Peter Chowney, from fellow councillor in cabinet Andy Batsford, from local community activists Rossana Leal (Refugee Buddy project) and Sarah Gomes Harris (Hastings Rental Health), and from trade unions Unite and the RMT.

Bella Sankey meanwhile issued a press release, describing herself as a charity director and high profile human rights campaigner, “born and raised on the East Sussex coast” and now a mother to two toddlers with a local primary teacher husband in the area. She had contested the safe Conservative seat of Arundel & South Downs at the 2019 general election but was now clearly looking for a more winnable candidacy. Her endorsees included Cllr Trevor Webb, Hastings Borough councillor but also co-leader of the minority Labour group on East Sussex County Council. And she was backed by a grant from the party’s MotheRed pressure group which is campaigning to get more mothers with young children elected to the parliamentary party.

Ms Sankey has not posted any reaction to her omission from the list. Cllr Evans has, however, vented her disappointment openly. Confirming that she had not been given any reason for her non-selection despite the range of endorsements she had shown, she inferred racist factors:

“ In my time as councillor I became the first woman of colour on Hastings Borough Council, and the first person of colour to reach a senior leadership position. I will continue to push the boundaries of what is possible for those discriminated against and oppressed.

“In this regard I am concerned at the growing pattern of left-wing BAME women – including Labour leaders in local government such as myself – being prevented by the national Labour party from standing for selection. In Hastings two BAME women have been blocked, despite enjoying significant local and trade union support. No justification has been given for my exclusion.”

The two women who made it to the National Executive’s “long list” have contrasting profiles in age and experience.

Ms Bayliss, 61, once a police officer, later a civil servant, is cabinet lead for regeneration in the cross-party Alliance group which controls Rother District Council. On a dedicated Facebook page she describes her background as a Hastings girl made good – attending school here, “walk[ing] the beat as a police officer in Bohemia and Silverhill” and “attend[ing] adult education classes at Archery Road before going to the London School of Economics as a mature student to study Social Policy and Administration”. She claims to be a “winner” in her previous electoral career.

Ms Dollimore, by contrast, is 28.  As a school pupil in Heathfield, she campaigned against cuts to education budgets in East Sussex, helped set up the East Sussex Youthbank, and was appointed vice-chair of the national Young Labour group while reading history and politics at Oxford University. She now works for Save The Children, but during Covid lockdowns and restriction periods she returned to the Rother area – both parents live locally – and worked as a volunteer vaccinator in Ore. She claims support from several Hastings councillors including Judy Rogers, Godfrey Daniel and Heather Bishop, and has been nominated by the GMB, Unison and a number of other unions.

Mr Thomson has no known profile within the constituency. He is said to have had family in Fairlight when he was young, but has lived in south-east London for upwards of 20 years. A former BBC journalist, he contested Dartford for Labour in the general election of 2015 and has subsequently become a councillor in Bromley.

Mr Mathison was due to convene a constituency meeting of the party earlier this week to take the selection process forward.

Under Labour party rules it is a panel of the National Executive which draws up the “long list” and submits it to the local constituency. A committee within the local party may then whittle the number down to a “short list” with a ‘one member, one vote’ ballot of all constituency members determining the final selection. But in this case the national body seems to have already done the whittling: it seems odd to describe a list of three as “long”.

There is no transparency nor accountability in this national process. The Executive and the local constituency are together required to follow a 23-page protocol described as “procedural guidelines” which are designed “to ensure that there is equality of opportunity in each constituency and that Labour’s candidates are drawn from the widest possible pool of talent”. There are copious provisions aimed at  promoting “diversity”, including a stipulation that the long list must contain at least 50% women and include at least one BAME member. However, the Executive panel does not provide any justification of its selection decisions. 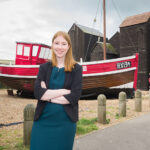