No Show at the Pavilion

A retrospective art exhibition celebrating the Rock Against Racism movement of the 1970s and 80s, which was first due to be shown at the De La Warr Pavilion (DLWP) in Bexhill between last December (2020) and May, then rescheduled as a result of Covid restrictions to run from mid-September until next January, has been axed.

A statement issued by the DLWP last week announced “with great disappointment and deep regret” that, although the exhibition Rock Against Racism: Militant Entertainment 1976-82 had been ready for installation, it was now “unviable” and would no longer go ahead as a result of “circumstances beyond our control”. Members
of the RAR–RAP (Rock Against Racism: Research ‘n Archive Project) and all other contributors and lenders were thanked for their “hard work and support”. DLWP staff were called to a meeting and told the reason for the cancellation but with strict instructions not to divulge it externally.

Oddly, a launch party entitled United Against Racism featuring DJ Adrian Sherwood with support from Remi Vibesman and others did go ahead as scheduled on Saturday 18th September.

When first put forward in October 2020 the exhibition was described as including documentation of the movement from photographers Henry Grant, Red Saunders, Virginia Turbett and Val Wilmer, with material about associated campaigns including the Anti-Nazi League, Rock Against Sexism, Asian Youth and Gay Rights movements. Bass Culture was to present filmed interviews from key musicians and activists commenting on their experiences of the time and on the importance of RAR. Visitors would be invited to record their own memories and draw parallels to contemporary collective movements today.

Originator Ruth Gregory, who lives in St Leonards, describes what has happened over the past fortnight as “curiouser and curiouser”. As far as she is aware, none of the contributors, punters or media have been told anything, and she says she doesn’t understand why the DLWP have described the show as “unviable”. “I finally obtained release of the entire exhibition from the DLWP on Wednesday 22nd September, and we plan to offer it to them once more, because it appears the gallery/time slot is still available.”

Alternatively she would like to find an alternative venue for the exhibition in the vicinity of Hastings to proceed as soon as possible. “The design was tailored to promoting unity in a community, here and now,” she says.

• HIP asked DLWP for an explanation of the cancellation, but no response has been received at the time of going to print. 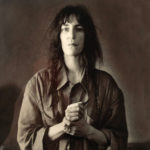