No Peeping At The Town Deal

The Hastings Town Deal Board were due to meet yesterday (Monday) in private to take what were described as “key decisions” in the preparation of their Town Investment Plan. First, according to the published agenda for the meeting, there was a package of projects to be approved for “progress to the next stage”. Second, the board were to decide whether to make a formal request to the Ministry for Housing, Communities and Local Government for increase of their funding offer above the £25m initially pledged.

Public communications about the board’s deliberations have been kept to a minimum – arguably in breach of government guidance on engagement with the wider community. But it is clear that there has been some dissension in the ranks. The minutes of the previous meeting on 26th November confirmed that a number of the projects submitted to the board were being “recommended” by “independent” assessors Genecon, though none of these were identified. It was also minuted that some board members had expressed concern “regarding the level of engagement available to the board with the projects coming forward” and that “this had not been the best possible process”. Two members (unidentified) “were unable to support the proposals”. 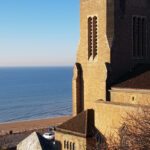 No Deal For St Leonards?