Rod Webb shares his opinions on the area’s future

In June this year I visited the former bathing pool site, realised what an important asset this area of West St Leonards is, and wrote about it in HIP. (Kicking up a stink Issue 155.)

I visited again recently, to support a protest organised by the Save our Bathing Site (SOBS). This time it was bitterly cold, but campaigners were out creating a visual representation of all the signatures they had gathered thus far. Sheltering from the wind behind a bathing hut with a couple of friends, we considered the issues involved in deciding its future use and came up with some hitherto unaired points:

3. The loss of ‘commons’ (our shared natural resources).

Wikipedia is as good a place as any to explain this. “People demonstrate ‘a greater tendency to continue an endeavour once an investment in money, effort, or time has been made.’ This is the  sunk cost fallacy, and such behaviour may be described as ‘throwing good money after bad,’ while refusing to succumb to what may be described as ‘cutting one’s losses’.”

No doubt the council think that after all that effort it would be foolish to pull out now. But the opposite is the case: the longer this goes on, and the more reasons that arise not to go ahead, then the sunk cost fallacy states that it’s time to pull out and have a rethink. (And for why Sunley would be the worst kind of developer to go with, see Kicking up a stink issue 155.)

Another reason not to proceed with current plans: The coastal walking and cycling route would go right past the edge of the development; the path would not only be disrupted during any building work, but would make the worst entry to St Leonards that could possibly be imagined.

Anyone who currently uses the coastal path coming eastwards to St Leonards will know that there is a wonderful sweeping view of the coastline with the beach lined by colourful Georgian houses all the way to Hastings. Ugly high-rise apartments would be a blot on that view.

But it’s not just the view, if arriving on foot, the traveller would be faced with, but a monument to all that is wrong with society over the last 40 years, where whole communities have been devastated by the exploits of wealthy property owners, those who can pay for a sea view at the expense of those that can enjoy it for free.

Rather than be greeted with a taste of the town as a holiday destination with imaginative use of the seafront for recreation of both tourists and the local community, they would be faced with …  a residential development. And for those who feel that tourists should be packed into the Old Town, or even from Hastings Pier onwards, the increase in home stay holidays, following changes related to Brexit and the pandemic, have probably not even been considered.

The Plunder of the commons

By chance I have been reading Plunder of the Commons by the hugely influential economist Guy Standing. This book explains how the birth right of English (English or British?) citizens has been chipped away since the Charter of the Forest, signed in 1217 (forest back then encompassing fields, farms and villages, as well as areas covered in trees).

It also shows how this was accelerated under Margaret Thatcher with her privatisation of utilities, continued to accelerate under John Major and Tony Blair, and was turbocharged under the coalition government that has plundered the commons under the umbrella of ‘austerity’.

The bathing pool site is part of the commons of Hastings and St Leonards, and the council is using the tired old excuses of austerity to promote its removal: the fact that the council has insufficient money to develop the housing stock we need in the town as a result of austerity is not an argument for the further destruction of the commons.

Things change and post pandemic, community led projects, such as that of
the Trinity Triangle project, are becoming increasingly important, as is the improvement of urban areas for the health and benefit of all. One such development, as reported in the Guardian on 4th December: “An empty 1970s shopping centre in  Nottingham could be transformed into wetlands, pocket woodlands and a wildflower meadow as part of a post-pandemic urban rewilding project.” What we need in this town is a combination of imagination and civic pride. 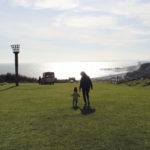 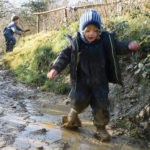