HIP’s political editor, Alan Bolwell, reports from a Labour Party drive in the key marginal of Hastings and Rye

Labour Roots is described by organisers as “a rolling series of open events, bringing together activists and the public with Jeremy Corbyn and members of the shadow cabinet.” Organisers report reaching the 430 capacity attendance of the college, including book sellers, stalls, organisers, college staff and general public who were present for the climax: speeches made in the college atrium by Jeremy Corbyn, Barry Gardiner and Diane Abbott.

Winning the Green Industrial Revolution featured Mr Gardiner, shadow Secretary of State for International Trade, and local activists, who discussed what such a revolution would mean for Hastings. This included consideration of green unionised jobs, new green skills and education, and a cleaner community to live in “for the many – by the many”. Mr Gardiner spoke of the need for renewable solutions to energy needs and their efficiencies, quoting the ability of ground source heat pumps to reduce the annual heating bills of some households to just £13 and the great potential of coastal towns to generate tidal, wind and solar power. These industries are becoming increasingly efficient, offering renewable energy at approximately £48 per megawatt hour (MWh), as compared to nuclear energy from Hinkley Point where in 2012 the guaranteed price – known as the “strike price” – was set at £92.50 per MWh plus inflationary increases.

The Refugee Buddy Project discussed the biggest challenges for the refugee community and opportunities for residents in Hastings to organise solidarity and support for settled refugees.

Between the training sessions and speeches Mr Corbyn made time to talk to local Hastings newspapers. His central message was: “I believe in a welfare state.”

He suggested that the problems of displaced communities, of frictions between wealthy incomers and existing communities, and of generating new industries in Hastings could be addressed by reversing changes to how benefits are paid under the Universal Credit system. The current system, he said, causes rent arrears: “The five week wait for money under Universal Credit has seen people unable to pay their rent on time and risk being made ‘voluntarily homeless’ by landlords who apply the letter of the rules.”

He criticised the ‘two child’ Universal Credit policy, which provides support for a maximum of only two children, and claimed that “getting rid of this alone will stop up to 300,000 more children being pushed into poverty.”

In addition, there should be more housing stock available to the local community for social housing.

Mr Corbyn echoed Mr Gardiner’s earlier suggestion of the great potential for Hastings to generate renewable energies which could be used to subsidise coastal communities “left behind” in terms of wages and growth; he quoted the statistic that earnings in coastal communities like Hastings were on average £1,600 lower annually than comparable inland towns.

Mr Corbyn included a promise to build 37 new wind farms across the UK with 51% public ownership. From anticipated profits, 80% would be earmarked for decarbonising the economy and tackling climate change. The other 20% would be invested back into coastal communities like Hastings. 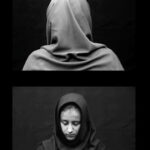 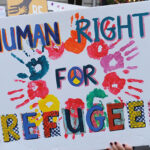 « Why Do We ‘Treat’ Our Children With A Dangerous Drug?
Clearing The Electoral Field »