The details of a new bye-law that will govern trawling off the coast of Sussex from Chichester Harbour to Rye have been finalised by the Sussex Inshore Fisheries and Conservation Authority (Sussex IFCA) after extensive consultation over the past two years with local fishing fleets, including from Hastings and Rye.

No trawling will be allowed at any time of year over an area in excess of 300 square kilometres, stretching out for up to 4km from the shoreline in the west of the county to a rather narrower breadth off the coast of Hastings. The aim is to restore a vast underwater kelp forest which has been torn from the sea floor by repeated passage of trawling vessels without sufficient interval for natural regeneration.

A partnership of pressure groups comprising the Blue Marine Foundation, Marine Conservation Society, Sussex Wildlife Trust and Big Wave Productions joined forces to campaign for the ban, and Sir David Attenborough lent his support in October 2019 when he provided the voice-over to a film, Help Our Kelp – see https://sussexwildlifetrust.org.uk/helpourkelp – which showcases the wealth of wildlife to be found in the diverse kelp habitat.

The new byelaw is now being passed to the Secretary of State at DEFRA for approval before it can be implemented. Sussex IFCA say they are hoping for rapid signing off before another year of trawling further damages the sea-bed.

There was never any question of interference by the European Union, either before or after the Brexit legislation, according to Dr Sean Ashworth, deputy chief fisheries and conservation officer at Sussex ICFA. These near-shore waters have always been a matter for national or regional regulation. Dr Ashworth concedes that not all individual fishermen from Sussex or elsewhere will be entirely pleased with the new prohibition. “Some will be happy, others less happy”, he says. But those who recognise that the fishing industry must maintain stocks in a sustainable way should welcome it.

Kelp once stretched along 40 km of the West Sussex coastline from Selsey to Shoreham, forming an underwater forest that extended at least 4 km seaward. It provided a vital habitat, nursery and feeding ground for seahorses, cuttlefish, lobster, sea bream and bass.  It also locked up huge quantities of carbon, helping to combat global climate change, while improving water quality and reducing coastal erosion by absorbing the power of ocean waves.

But within living memory, kelp in Sussex waters has diminished to almost nothing. Storm damage, changing fishing practices and the dumping of sediment spoils by dredging boats have taken their toll on this sensitive habitat.  The wildlife associated with it has all but disappeared, and the vital ecosystem services it provided have been lost. The aim is now to bring it all back.

Charles Clover, executive director of the Blue Marine Foundation, said: “This is an initiative that tackles climate change and overfishing impacts all at once, the first of its kind in the UK. This is exactly what we need to be doing in marine habitats all over the world”. 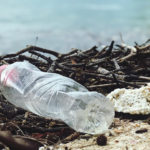