Following the withdrawal of Western forces from Afghanistan and the precipitate collapse of the regime they were supporting, Hastings Borough Council (HBC) is among many across Britain that plans to participate in the UK government’s resettlement scheme. That scheme aims to house 20,000 Afghan refugees, including 5,000 over the coming year – the same annual number as was provided for under the government’s Global Resettlement Scheme announced last year.

HBC has issued a statement that its response will be “the same as it was with the Syrian resettlement programme”. In that case 100 Syrians have been housed in Hastings since 2015, a higher proportion than in most other areas.

However, the nationwide movement City of Sanctuary UK, which promotes a vision of Britain as offering sanctuary to all fleeing violence and persecution, and has a strong branch in Hastings, has challenged the offer to 5,000 Afghans this year as “woefully inadequate”.

A spokesperson said: “We call upon the ​prime minister ​and the home secretary to quickly identify how the UK will work with local authorities to ensure that more than 5,000 are supported to settle in our communities in the coming weeks with an additional annual target of 10,000 per year for the Global Resettlement Scheme.”

HBC cabinet member Maya Evans agrees. “We want to welcome as many refugees as possible”, she says. “We have the infrastructure already in place and have been acknowledged by the Home Office as being a very successful resettlement location. Hastings also has the fantastic volunteer buddy project which will help refugees get back on their feet and settle into our community.”

The Refugee Buddy Project: Hastings, Rother and Wealden, was set up in 2017 to welcome into the community families arriving through the Syrian scheme. The project is now a registered charity supporting over 25 families through buddying, advocacy, and financial and emotional support for the most vulnerable.

Cllr Evans herself has an additional personal involvement in the unfolding refugee crisis as co-ordinator of a St Leonards-based peace group Afghanistan Peace Project. Previously calling themselves Voices for Creative Non-Violence UK, this group has been working since 2012 in solidarity with Afghans who were non-violently opposing war. The group has started several campaigns, protests and talks to help raise awareness of events there over the last decade. Members have regularly visited Kabul over that time to stand in solidarity with Afghans who, says Cllr Evans, have worked tirelessly for peace and non-violence. Having spent a long time with them and their families, the group feel they have a “responsibility to try and look after them and protect them” as much as possible.

“These people are not going to be on a list to get evacuated out of the country because they didn’t work with the British military,” she explains. “However, having worked with us and spoken out against the Taliban and their oppressive regime, they are in danger. My phone is full of messages from young people saying that they are scared, asking whether I can help them get out – and it’s really difficult. They are looking towards me like I have this ability to pull them out of this warzone, and sadly I don’t. I am doing everything in my power to help them and try to support them in this really difficult time.”

• For more on the City of Sanctuary, including a preview of the Sanctuary Festival at Hastings Museum & Art Gallery on 12th September click here; for appreciation of the Refugee Buddy Project: Hastings, Rother and Wealden, visit www.therefugeebuddyproject.org; for more on the Afghanistan Peace Project including donating to their appeal, visit www.afghanistanpeaceproject.co.uk 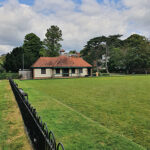 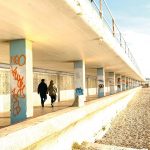 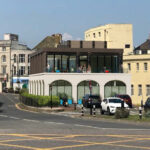