On Wednesday 24 February, UCU (University College Union) and Unison pickets were joined by Hasting Solidarity at Sussex Coast College Hastings in a strike for fairer wages. The joint union strike, the first in over a decade, came after a 2:1 ballot majority and demands a raise of £1 per hour for all college workers across the country.

The strike resulted from a 0% ‘pay offer’ from employers. Sussex Coast College, the Local College for Hastings and Rye, has in the last 6 years, only given a below-inflation 1% standard of living pay ‘rise’– in real terms almost a 20% cut. This means staff are now working 5 days on 4 days’ money while their workload continually increases.

The College has seen an increasing polarisation between the lowest paid and the highest paid workers with the top 9 earners earning the same as the bottom 40 out of a total of 389 staff, the difference between the top 9 people’s average salary and the college’s average is £40k.

“This year the Association of Colleges offered 0% and have stated they do not consider negotiations to change their mind. We have offered the college an opportunity to value its staff and community by negotiating a local pay claim and work load offer. It would be foolish of the college to not accept this offer to reduce the already impacted delivery of education to the young people of Hastings. The cuts imposed on Further Education, and education in general, have undermined the very institutions that can deliver the governments pledges and offer the people of Hastings a brighter future.

What the staff of the college need is to feel respected and valued, rather than exploited and treated like cattle where their work is under valued. Therefore by actually coming around the table and talking Sussex Coast College will indeed fulfil its mission statement of inspiring futures and changing lives of its best asset, its staff. It not just the building that makes the college, but what goes on inside those four walls. So any former, current or future student, their families, friends and ex teachers should help prove it is the people that make the college by signing the petition and sending messages of solidarity and support the people listed.” 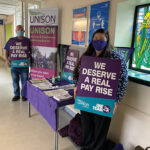 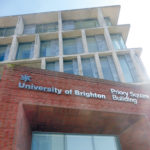 University Of Brighton Buildings On The Market 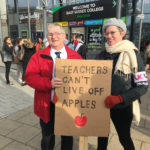 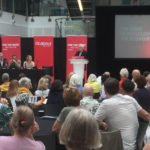