A new free school in Hastings, initially for Years 5 to 8 (9 to 12-year-olds) will open to just 24 pupils in September. Calling itself the Flagship School, it will be sited at the former Helenswood Upper school premises on the Ridge. With core funding from the Department for Education (DfE) and top-up aid from East Sussex County Council (ESCC) it comes squarely within free state provision, but aims to provide specialist education for neurodiverse children who may be diagnosed with social, emotional and mental health (SEMH) needs and/or autism spectrum disorder (ASD).

All placements into the school will be commissioned by ESCC, and it will be subject to OFSTED inspections, but the school itself will be able to modify the national curriculum in the interests of pupils’ individual needs and capacities. Classes will have a maximum of eight, and teachers will be recruited with dedicated qualifications and experience.

Incoming principal Stephanie Salter has a background teaching English and drama in secondary schools in North London and, as it happens, is a mother who moved to live in Hastings six years ago. But in the last few years she has spent more of her working time in Australia, most recently as an assistant principal at a special school in Manly, New South Wales, where (she says) there are similar rates to Hastings of socio-economic deprivation, complex trauma within families, and autism. She is due to fly back to Britain this week.

The Flagship School trust was formed in Hastings by local parents and professionals who have experienced the need for a school of this nature at first hand either within their own families or professionally. Founder trustee and chair Helen Kay has a background as a teacher working in the voluntary sector and as a civil servant in the DfE with a specialism in mental health, but is now programme director of the Hastings Opportunity Area project, which since 2017 has been channelling substantial tranches of DfE funding into improvements in local schools.

The trustees initially considered setting up the new school on the premises of the former independent school Westerleigh in Hollington Park Road, but found that this site is zoned for future residential development. The merger of Helenswood with William Parker academies in 2019 and the consequent retreat by the newly combined Ark Alexandra Academy from the Helenswood Upper site gave them a ready alternative. Although they are starting with just 24 places, they aim to grow these steadily over the next four years to a maximum of 72 spread over eight years (ages seven to 16).

There are several schools in East Sussex for SEND children (those with special education needs and/or disability), including, within the borough of Hastings, Torfield on West Hill at primary level and Saxon Mount in St Leonards at secondary.  Hastings parents generally express satisfaction with provision for their children at these two schools. The last OFSTED inspections rated Torfield as outstanding in all categories, while Saxon Mount achieved ratings between good and outstanding.

However, there is a need for additional provision for the increasing numbers of children in East Sussex who require special school places as a result of ASD/SEMH. Until the Ropemakers’ Academy in Hailsham opened last September, there were no schools in the county dedicated to this cohort, whose intellectual capacities may well be at or above average but who by reason of neurodiversity or emotional trauma are unable to cope in mainstream schools with large class-sizes and what some experience as a culture of intolerance. Now the Flagship can start to offer such children a local option within Hastings.

While placements at the Flagship will be managed by the county education department’s assessment and planning team in accordance with individual EHCPs (education, health and care plans), Ms Kay insists that local children will be prioritised. A key aim is to reduce the waste – both economic and emotional – of bussing kids daily halfway across the county to find suitable education.

The school has sent its prospectus to all primary schools in Hastings and Rother. It emphasises not only the specialised curriculum and dedicated teachers – it is currently advertising for a specialist speech and language therapist – but also the design of the buildings, which include a sensory room and therapy rooms, and generous outdoor space including a farm area.

“We know there’s a massive need in Hastings for a school where children can find social and emotional security after, sometimes, severe trauma,” says Ms Kay. “Without it they won’t achieve their potential”.

But she doesn’t see the school as cocooned from the local community. On the contrary, she says that the trustees want it to be fully engaged, running parenting programmes and other extra-curricular activities, and making associations with other like-minded providers. Core values, as set out on the school’s website, include not only “high expectations of all pupils” and a range of therapeutic interventions but also “active partnership working with parents and carers”. It is easy to predict that demand for places will be high.

• For an account of one Hastings resident’s struggle with neurodiversity, read here. 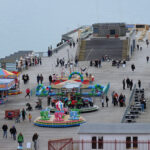 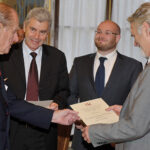 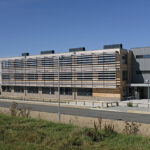 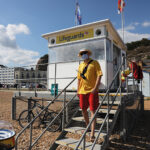