In our article “Waste, Potholes and Footpaths” featured last month (HIP 147), we suggested that the pressure group SEG (Save Ecclesbourne Glen) might be less than impressed by the upbeat PR accorded by Cllr Claire Dowling, East Sussex County Council lead member for transport and the environment, to unveiling of the new England Coast Path (ECP) through Hastings Country Park.  But although the ECP does mainly follow existing footpaths, SEG’s Chris Hurrell says that the group do welcome it, believing that it will bring new benefits – in particular, the right to roam in the coastal margin of the path, including a broad stretch of land on its landwards side.

The ECP also promises some cash investment into the route through the Country Park.  There is £18,515 allocated for signs, steps and handrails, plus £4,813 for maintenance.

The footpaths in Ecclesbourne Glen were closed in 2013/14 following the landslip originating in the Rocklands caravan park.  The ECP will follow the route of Footpath 379a (reopened in November 2019 by the county council) which runs under Rocklands in Ecclesbourne Glen rather than routed, under the previous diversion, away from the glen along Rocklands Lane.

SEG are disappointed, however, that Footpath 417 (the Saxon Way) that follows the coast remains closed until May and will not be used for the ECP.  Mr Hurrell points out that this route better fits with Natural England’s own Coastal Access Scheme which refers to “ the desirability of it adhering to the periphery of the coast and providing views of the sea along with the safety and convenience of those using the route”. SEG were intending to make representations both to the county council and to the Secretary of State to get it reopened, though clearly that won’t happen in the current lockdown.

While the county council is the agency responsible for footpaths, SEG holds Hastings Borough Council (HBC) primarily responsible, as planning and enforcement authority, for failing to take action against Rocklands to resolve the underlying causes of the landslip, which they continue to believe resulted from unauthorised developments within the caravan site. HBC have declined, says Mr Hurrell, to carry out further geotechnical tests without a financial contribution from Rocklands, to compel Rocklands to provide positive drainage in accordance with their site licence, or to provide the county council with the relevant information on the landslip showing that manmade developments have been a causal factor. Armed with such information, he argues, the county council could be taking their own remedial action to deal with drainage, run offs and loading issues so as to get footpaths re-opened.

SEG have, meanwhile, also lodged an objection to new bye-laws proposed by HBC that, according to Mr Hurrell, seek to restrict access to 40% of the Country Park and to remove the general right to roam in 35% of the area within the coastal margin of the ECP. 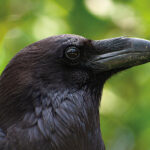