The Electric Palace cinema in the Old Town is warning that it may have to let the end credits roll after an 18-year run. Closed between March and August due to the Covid-19 lockdown it reopened for screenings this autumn.  But, in order to maintain social distancing, the 48-seat auditorium has had to be reduced to just 15, which makes it unviable financially even if every seat is filled.

The cinema has always been self-sufficient financially, and received an initial support grant of £10,000 in April from central government (via Hastings Borough Council), but had an application to the Foreshore Trust for further help turned down. Since its staff are freelancers, furlough has not been an option.

It is currently writing a bid for a BFI (British Film Institute) support grant, and would seem to have as much chance as any dedicated cinema venue to qualify. The result of the bid should be known next month, and a successful outcome would assure the cinema’s future until at least next March. But in the meantime owner and founder Rebecca Marshall is pleading for audiences to keep coming, preferably with extra donations.

“When we opened the cinema back in 2002, I didn’t dream that such a small venue would still be successfully running 18 years later”, she says. “Hastings has changed and grown so much during this time, and I am proud to offer an affordable, welcoming night out – an evening that often ends with a round of applause for the film, and a post-film chat… Please support us now. Come and enjoy a film that might be outside of your usual comfort zone, and help keep our doors open.”

Marketing manager Annie Mannion adds: ““The Electric Palace staff and volunteers wish to extend heartfelt thanks for everyone’s support so far for its reopening, but if you want this much-loved community asset to continue, we really need you to visit us now. Please come along to screenings, bring a friend, book a private hire session as a gift for a loved one, buy gift vouchers as presents, donate to us, share our screenings on social media to raise awareness, or become an official Friend of the Electric Palace cinema.”

• To check upcoming films and book tickets or become a Friend, see electricpalacecinema.com 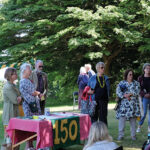 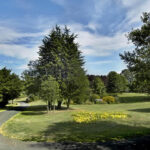