The Smuggler pub at Pett Level, which has been shut for the past two years, will not re-open. Following a successful planning application for change of use, made by Hastings GP Dr Craig Namvar and determined by Rother District Council last Thursday, the property is being sold to him by existing owners Stephanie and Shaun Stone and turned into a full-time GP surgery and cafe. Dr Namvar, who is also senior partner of other practices in the Old Town, Warrior Square and Churchwood, said that he expects to have the surgery up and running within three months. Existing residential accommodation on the first floor will be retained.

From the point of view of local medical patients, the advent of the new surgery comes just in time. The nearest currently operating GP practice at Guestling has had its lease terminated. The 2,000 patients registered there will now have their registrations automatically transferred to the new surgery in Pett Level. In addition a proportion of residents of Pett Level and Fairlight who are currently served by practices in Ore may prefer a more local amenity.

There is clearly, however, considerable sadness in the village at the permanent loss of its only pub (though the licensed premises of the New Beach Club, only a few doors further along the seafront, remain). A petition with 57 signatories opposing the application for change of use was submitted to the planning committee, and local resident Martin Hogarth gave an eloquent address at the hearing, lamenting that, having lost previously its shop and post office, the village needed to retain its pub as a community meeting point. There was an ongoing application to the council to register the pub as an asset of community value, and Mr Hogarth urged that its permanent loss should not be accepted until it was demonstrated that it was not capable of financial viability. In the past it had traded successfully even in winter months, he claimed; more recent difficulties were down to it being “poorly run”.

The application, moreover, superseded one submitted by Mr and Mrs Stone in 2018 for change of use to residential (see our report in HIP Issue 113), which would apparently net them a huge profit on their purchase, completed only in 2016. This original application had been opposed by the planning officer and was withdrawn before being determined, but several letters of objection to Dr Namvar’s proposals expressed concerns that these might be a front for longer term plans to revert to the earlier residential speculation.

In support of the application, the doctor’s agent Eimear Murphy argued before the committee that the proposed surgery and cafe were both in themselves valuable community amenities, they would each provide local employment, and the provision of GP services in the area was a matter of considerable urgency, given the imminent termination of the lease at Guestling.

Local ward councillor Andrew Mier, sitting on the committee, had previously raised concerns to the planning officer in respect of the loss of the pub as a community facility, questioning whether it had been sufficiently marketed to demonstrate lack of viability. At the hearing he recalled that he had known the pub to be busy in the past, particularly when offering good food. However, he told fellow councillors that Dr Namvar’s proposal was a realistic opportunity to retain the premises as a community asset. “We can’t have both”, he concluded, and recommended that permission for change of use be granted.

Other councillors agreed that provision of a cafe would have community value, though appealing perhaps to a different section of the community from the pub-goers.

When the vote was taken, all but two of the 14-strong committee approved Dr Namvar’s application subject to conditions relating to car parking facilities and other ancillary issues. 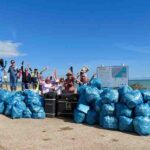 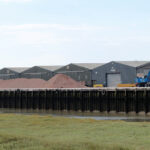 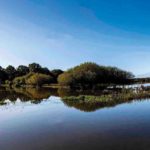