Dealing With No Deal

The contingency may have seemed relatively remote at that stage. Less than three months ago prime minister Boris Johnson, then campaigning in the Conservative Party leadership contest, described the chances of “No Deal” as “a million to one against”. But with his current government still insisting on its timetable to exit the EU on 31st October, whether there is a deal or not and whatever parliamentary or court action may be pursued to try to frustrate it, HBC has confirmed that it is actively reviewing its potential responses.

On 13th August, following a briefing for all local authorities, devolved regimes and others, HBC appointed a “lead officer” – Mr Hubbard – and established a cross-council officer group.

By way of further information, the council has stated that much of the planning for possible disruption to fuel, travel and other strategic matters will be handled “via bodies like the Sussex Resilience Forum”, a partnership of police, emergency services, local government and health authorities, environment agencies and others (including voluntary sector representatives) brought together under the Civil Contingencies Act 2004. However, the council intends to take, or is already taking, the following measures on its own account:

• Review of responses to fuel or parts shortages for its waste contractor;

• Review of the council’s own operational priorities if fuel shortages occur;

• Contacting “third sector” organisations (voluntary and community enterprises) funded by the government to advise EU nationals how to apply to remain in the UK;

• Contacting business to identify what particular barriers and difficulties they anticipate and later may experience, notifying the Department of Business, Energy and Industrial Strategy of any local issues;

• Review of its business continuity plan to ensure priority services staff can get into work if transport is restricted;

• Ensuring that a proper system is in place for inspection by its environmental health team of foodstuffs for export.

It is envisaged that the council may be asked to participate in further schemes if shortages or other problems arise, and will consider these as they arise.

HBC states that in 2018/19 it received £35,000 from central government funds to cover the costs of these planning measures, and is due to receive around £17,000 more in the current financial year 2019/20. These sums have not yet been “committed”, however, and the officer group will aim to assess what additional costs the council may incur in its Brexit planning. 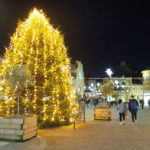