There has been an outpouring of sadness on social media on hearing of the death from cancer of David Sansbury, Landlord of the Horse & Groom. The comments are in stark contrast to some of the less favourable ones that pub regulars enjoyeda making, albeit ‘affectionately’, at his expense.

In a very understated comment about the Horse & Groom two years ago, the Hastings Independent wrote: “Creating a pub that in many ways resembles an 18th century coffee house is a complex process, and a lot of credit has to go to the landlord, Dave Sansbury.”

On hearing the sad news of Dave’s death, that statement needs serious re-evaluation. As landlord for 26 years, perhaps it should have said ‘all the credit’ has to go to him. In a time when businesses are launched on the basis of extensive research into ‘defining targets’ or ‘how you’ll get your name out there’, Dave broke all the rules by doing it his way.

His way meant, among other things, dusty carpets, carefully placed beer mats, an absence of any electronic entertainment and the same Christmas decorations every year – as well as, until recently, a TV balanced on tables and chairs for important rugby tournaments. There was an alchemy of ingredients, some of them impossible to pin down, which generated the unique atmosphere and helped spark many wonderful conversations.

Maybe the pub could be seen as Dave’s alter ego. He was best known for his grumpy exterior and somewhat eccentric moments of kindness (particularly towards dogs). But perhaps to really know Dave is to understand what he created and curated: a place of sanctuary where you could be yourself and celebrate what it is to be human.

Remembering someone is not to pretend they were something they were not, but to value who they were. However he did it, Dave Sansbury managed to bring a huge amount of joy to this town and will be sorely missed.

Describing the night Dave died, Richard Fryer, a regular among many regulars at the pub, said: “The pub was on full chat. He would have heard that coming through the floor and known his herd was safely barned after the storm. I hope it made him glad.”

Richard also posted a eulogy which sums up what many people felt: “Fare Well then shiny headed engine driver. You always brought us in on time and never let the pumps run dry. The closer you got to the end the more dignified you became. RIP brother x.”

He always always without fail told me off for something. Wearing the wrong coat. Wrong shoes. Keeping the wrong company. Not having the right money. Not closing the door. My wrong choice in boyfriends. Speaking up. Not speaking up. Even when I hadn’t been there for a while. I got told off for not being there for a while.  A glass of very average house white, which I got told off for remarking on, will never be the same at the Doom again.

I had a drink and a chat with him last Friday. After our chat he got a massive axe out and started chopping wood in the middle of the bar like Jack Nicholson.

Christmases won’t be the same without him asleep at the table. End of an era RIP. 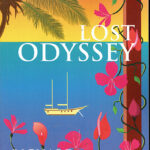 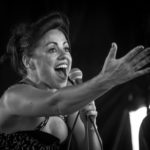