We have reported previously on ESCC’s plans to cut their funding for the East Sussex Music Service hub (ESMS) so that teaching of musical instruments on an individual basis or in small groups will no longer be supported. A consultation period came to an end a fortnight ago with no indication from any source that any alternative proposal is being seriously considered, notwithstanding the vigorous campaign which has been fought, nationally as well as locally, by campaign group Save East Sussex Music, for a re-think. However the issue is clearly not as simple as the process of handing out redundancy notices and selling off the stock. 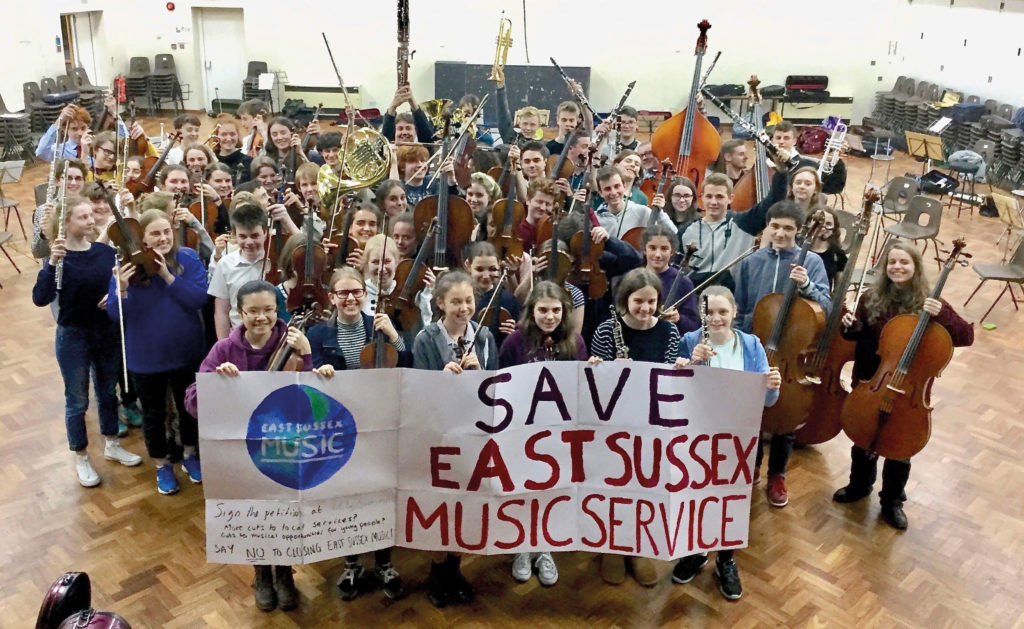 HIP has been informed that back in April ESCC entered into a funding agreement with the Arts Council under which a figure of over £1.285m is being paid over the two years to March 2020 to underwrite a ‘business plan’ which includes an undertaking by the music hub to maintain ‘clear progression routes that are affordable and available to all young people’.  These routes are (among other things) to ‘encourage increased continuation on from first access learning to small group/individual tuition and focus on retention of students receiving instrumental lessons’.

It is difficult to see how the current proposals can possibly be consistent with this ‘business plan’ provision.  And the Arts Council were warning back in May that any negative impact would put ESCC at risk of acting in breach of the funding agreement, and could lead to a withdrawal of further support.

There is to be a meeting next Monday (13 August) between the Arts Council and ESMS to discuss how the hub will deliver on its business plan without instrumental teachers, and indeed the managers it has already lost. The campaign group, who are already taking advice on possible judicial review, are concerned there may be a fudge. But the bigger danger may be that the Arts Council simply pull the plug and move their funding elsewhere altogether.