Last Thursday evening  (21st November), 130 local townspeople met at the Hastings & St Leonards Angling Club to hear presentations, research, talks, music and debate on the theme of Changing Hastings. It was organised by six volunteers who promoted an open-ended discussion on issues of gentrification and regeneration, and their effects on local housing.

The meeting began with two shows of hands: one revealing those who were born and bred in Hastings; the other, those who have moved here in the last five years. The high proportion of the latter indicated that some of the more recent locals feel a responsibility to be a part of the discussion, and it set the tone for a night of working together.

This was followed by a video by Andrew Davies, which articulated the opinions of locals on housing and the financial implications of Hastings becoming a more popular place to live. Solutions were sought to the ‘Catch-22’ of wanting to welcome newcomers who buy property but also to maintain affordable housing with reasonable wages. One speaker in the video said: “You hear a lot of Londoners say ‘it’s so affordable down here’, well, it’s affordable for them.”

Ideas of banning second homes and Airbnbs were debated amidst painted signs around the room referring to ‘Property as Commodity’.

Troubadour Sam Margerison of Buddha Triangle performed Nine Pound Pints – a song detailing his experience of gentrification in the town as he watches pubs close down and the price of pints go up.

Host Rachel Spinetti set down some ground rules to be followed: everyone must focus on strengths and solutions, listen to each other and respect each other.

Organiser Jess Steele then spoke briefly about gentrification and the importance of putting property into community ownership and capping rents. She said she had put this into practice with flats in Rock House, Cambridge Road and is planning to do the same at the Observer Building.

She also touched upon the likelihood that, as “positivity triggers more change”, community action in Hastings is likely to be a characteristic that is attractive to people thinking of moving down.

‘Gentrification’ refers to changes to run-down neighbourhoods through the movement in of more affluent residents (Coastal Action)Chris Connelly and James Prentice, of the research organisation Coastal Action, presented their findings on increasing property prices and decreasing wages.

They reported that most people moving to Hastings are coming from London, Surrey and Kent. This movement is partly due to people being priced out of their own neighbourhoods, where similar changes are happening. They asserted that this movement to Hastings has led to an increase of members in the local art scene and raised the town’s average of people with A*-C grades in Hastings.

According to Coastal Action, average property prices in St Leonards had shown “a sharp increase” between 2010 and 2018. Over these eight years flats have increased by an average of £87,000, terraced housing by an average of £150,000. As wages in Hastings have decreased during that time, there’s little affordable housing for those on a low income, and it is increasingly hard to buy property.

Organiser Sam Kinch said: “I came back to Hastings and things had changed, but a little too much…I thought I’d come back to my home town and work to buy a house, but the wage to house prices were stark.”

Kinch discussed a “global toolkit” including some of the methods other places have used to combat similar issues.

An Acorn representative spoke about the work the “radical community union” do in their fight against bad landlords, and mentioned the possibility of an Acorn Hastings branch.

Participants were split into five discussion areas: price rises, second homes/Airbnb, private rented, who owns Hastings? and a ‘wildcard’, with three potential approaches to each of these issues: what the council and/or government could do, what campaigns locals could lead, and what practical solutions could be implemented.

Groups crowded over tables, writing on paper tablecloths while in animated discussion. The penned solutions were then passed around the tables for others to see.

Strong feelings were vented in favour of certain potential policies: greater regulation of Airbnb, a community buy-back scheme, localised rent-capping and the prosecution of rogue landlords. Local campaigns to recognise and encourage decent landlords, invest collectively in housing, and stop landlords’ discrimination against tenants on benefits, were called for.

Among other suggested practical solutions were the establishment of a social enterprise estate agency, advice and support for tenants up against Section 21 evictions, and a publicly or community funded guarantor service.

The general attitude was positive. Many people were excited by the thought of repeating the format of the event for other local issues and furthering this one.

Reggae band Mighty Sounds entertained while the topical conversations continued on throughout the evening. 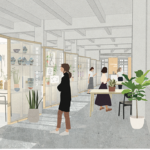 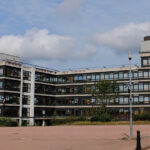 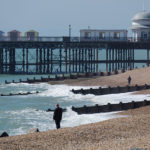