At the beginning of June this year I returned to Hastings from a working trip abroad – I had been teaching English as a foreign language in Indonesia and Malaysia. In hindsight, and on my part carelessly, I had no job lined up, nor many savings, believing with my current experience it would not to be too difficult to secure a job within the British summer months. I managed to secure an apartment through an old acquaintance, and applied for what used to be Jobseekers’ Allowance and Housing Benefit to enable me to get back on my feet, only to find out it is now subsumed in Universal Credit (UC).

I made an initial application online on Friday 8th June, which required me to show my last three years residency, give details of my last job, of any savings (none), and of any dependants (none) etc. I was contacted the following Tuesday and given an appointment three days later at the DWP office in London Road, St Leonards to bring in my documents to prove identity, residential address and corroborate my online representations. Early the next week I attended a meeting with a ‘work coach’, Lucy, who explained to me that receipt of UC would be dependent on me making a full-time commitment to look for work for 35 hours every week: trawling through ads, browsing the internet, sending out CVs etc. Then on 22nd June I was told that my application had been rejected (the computer says no) because I had been classed as not ‘habitually resident’ on the date I made it – even though I might be now. Moreover, since my claim had been rejected, I was not entitled to make a fresh claim for one month, i.e. until 22nd July.

At this point I thought I was going to crumble to the floor and wither away. No money coming in, no rent, no food, nothing. As I wandered disconsolately out of the DWP office I looked up into the sky and said ‘so what now?’ Taking an alternative route I happened to pass by the Holy Child English Language School in Magdalen Road. My eyes lit up.
I called in on the off-chance that they might have a teaching vacancy. Well, I found that six other teachers had walked out on that day and they were desperate. Thank God, I thought to myself. I secured an immediate four-week assignment starting on 25th June. Manna from heaven? It seemed so, at the time.

On 23rd July, with the assignment at an end, I made a fresh online claim for UC, went through the same identification process and was awarded a new ‘work coach’, Lorraine (who was very helpful). The job at Holy Child had established that I was a ‘habitual resident’. On 29th August I received £717.28  (£317.28 ‘standard allowance’ plus £400 ‘housing allowance’) to cover the four week period in arrears since 23rd July. I was told to expect the next monthly payment on 29th September.

Claim Rejected
No payment arrived on this date, however, so on the following Monday I attempted to chase it by phone. Surprisingly perhaps, my call got through to the DWP call centre in Northern Ireland. My claim had been rejected, I was told: Holy Child had submitted their PAYE returns to HMRC, which for UC purposes has a direct link with the DWP, naming me as an employee during the period between 23rd August and 22nd September. I was shown to be working whilst claiming, hence no benefit.

I wrote immediately to Holy Child asking them to provide the correct information to HMRC. A week later, having received no response despite being told by the DWP that HMRC were pressing for the documentation, I wrote a more plaintive e-mail – “It’s not very nice having to rely on other folk to help you when you’re out of work. It’s quite simple what you need to do and I can’t eat until you do so.”

As a result perhaps of this pressure, the Academic Manager at Holy Child sent me a PDF of the P45s of myself and all their other employees. It turned out that each had been submitted to HMRC showing final dates of employment  as 5th September. Not only was this date wrong by six weeks in my case, resulting in the unjust rejection of my benefits claim; I believe that most, if not all, of the other named employees had also left on 20th July, as the school had closed its term on 28th July and the majority had left the week before.  I sent further e-mails to Holy Child. No reply. No offer of responsibility, despite their errors not just in my case but several others too.

Involving my MP
I submitted the information to my local MP Amber Rudd and to the governmental department for fraudulent tax claims. Louise Sargent, Ms Rudd’s office manager, agreed to help, pointing out to me that it was a serious breach of data protection to send me other people’s records with my own. She wrote direct to Holy Child asking that they provide the corrected forms and figures to HMRC on my behalf. They responded instantly, denying that they had made any error and insisting that the company’s administrative system automatically generated the date entered on the P45 when it was sent off, though the fact that the form has a specific box entry for ‘leaving date’ indicates otherwise. Principal Ana Goicolea wrote: “All procedures with the Inland Revenue and the British Company we have are run by our accountants in London, Wellers, and they have been done in that way for the last 23 years.”

In the meantime I had obtained work at the Cooden Beach Hotel from 11th October, but was still due another UC payment on 29th October covering the three week period from 23rd September to that date. Then it turned out that Holy Child had once AGAIN submitted a tax form to HMRC reporting me as still being their employee. Hence again, according to the HMRC and the DWP, I was claiming benefits whilst being employed.

Livid and frustrated I again wrote to Holy Child, imploring them to amend their records so that I could buy food and live without the fear of being thrown out of my apartment. No reply. Again I wrote to Amber Rudd’s office, and Louise Sargent sent out further e-mails both to Holy Child and the DWP in an attempt to move the process on and get it sorted. Holy Child again replied instantly, this time informing me that their accountants, Wellers, have now recalled both payslips completed in error, and the correct one had been sent.

The outcome
It seems probable that, in week or months to come, the HMRC will eventually accept that what I have told them from the beginning is correct and that my employers either made a mistake or have been perpetrating something murkier; they will then inform the DWP, who will drop their claim for repayment, re-calculate, and pay me what I am entitled to.  Probably. At present I’m clinging on to my apartment after explaining my situation to my landlord. I’ve also had to sell several possessions just to survive pending my first paycheck from my new job, but at least I haven’t starved.

It’s not a happy tale, though, when you multiply this kind of case up and down the country. The Universal Credit system has made qualification for benefits much tougher than under previous schemes, with claimants required to document every piece of information they rely upon.  Much of this documentation has in practice been generated and will still be controlled  by former employers. What if I hadn’t kept records? What if I hadn’t had the sense to actually query my previous bosses? What are the state’s sanctions against those employers who don’t bother to provide returns promptly, or who are careless with the facts and figures when they do? When
the computer says no, it seems to be the poor claimants wot gets the blame. 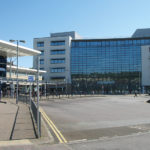 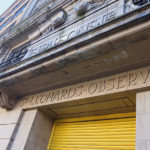