Five women who were trafficked to Hastings “for the purpose of sexual exploitation” have been removed to safety following the closure of a brothel in Russell Street.

Information from members of the public helped kick start investigations into the privately rented house, which was closed by a magistrates order on 24th January under the Anti-Social Behaviour, Crime and Policing Act, 2014.

The women –whose ages have not been disclosed -were all of Chinese nationality and spoke little or no English.

Their removal and the subsequent closure of the brothel comes as part of a new multi–agency crackdown on modern slavery and human trafficking in Hastings and Rother called Operation Discovery, whose launch in December last year was covered exclusively by HIP.

One man –who has since been deported -was initially arrested for managing the brothel but is now being dealt with for immigration offences.

Officers first became suspicious of the building following calls from concerned members of the public in December and using the combined powers and legislation of the department for UK Visas and Immigration and Hastings Borough Council, they were able to search it and close it down.  However they have not been able to trace tenants Raul Chan and Helen Choi. Sergeant Simon Barden of Sussex Police, who is leading the operation, said that information from members of the public had played an important role in prompting the investigation:

“Our action around Russell Street started in December. That involved numerous things from identification of the address to entering under Immigration powers. We conducted four visits between early December and when the closure order was secured in January and they were all aimed at safeguarding the people who we found on the premises and also gathering evidence so we could close it down, as we did, in order to remove that premises as a platform for further exploitation.”

Bar lady Karis Clark at The Clown pub nearby, said she had known the brothel had existed for at least a year and a half. However, she added that she had never seen anyone leaving the building, nor any of the people who lived there. “I know some neighbours had heard people knocking on the door late at night and had sometimes had people knocking on their doors by mistake. It does make you wonder whether they (the women) were there of their own accord.”

The five women have been provided with safeguarding and care packages by Hastings Anti-Trafficking Hub at King’s Church. Chair, Natalie Williams said: “We’re committed to helping victims, which means not only working with those who are rescued but also preventing more people from being exploited.”

Sgt. Barden told HIP that since its launch, Discovery -which uses the statutory powers of 24 different groups, government departments and charitable organisations across the area -has so far identified nine individual victims of human trafficking and modern slavery.

Four of these victims have come forward voluntarily and five have declined entry into the National Referral Mechanism – a framework for identifying victims and ensuring they receive the appropriate support.

However, he added that his team was currently investigating a further 26 potential cases. 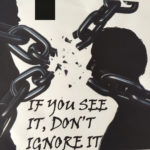 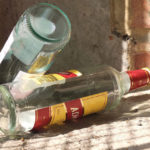 Some Statistics – Make of them what you will