Are Protest Demos Lawful in the Time of Covid?

Freedom of expression includes the freedom to hold opinions and to receive and impart information and ideas without interference by public authority. It may be subject to legal conditions “as are necessary in a democratic society”, including “in the interests of public safety, for the prevention of disorder or crime, and for the protection of health or morals”.

These freedoms are therefore far from absolute in law. Under the Public Health (Control of Diseases) Act 1984 the Secretary of State for Health is empowered to make regulations to control the spread of disease, and the Coronavirus Act of 2020 has given him sweeping powers over a two-year period, effectively uncontrolled by Parliament, to impose lockdowns and quarantines, require mask-wearing and social distancing, and limit public gatherings.

In particular, under the Health Protection (Coronavirus, Restrictions)(no 2) Regulations 2020, which have been in force since 4th July, gatherings of over 30 people in a public outdoor place are not permitted. There is an exception for events promoted by businesses, charities, public bodies and “political” bodies where organisers have prepared risk assessments “and take all reasonable measures to limit the risk of transmission of coronavirus”. It is by this route that football grounds, for instance, are now welcoming back supposedly “socially distanced” spectators. But, under further regulations in place from 28th August, fines of £10,000 (without any discretion to discount this figure) are to be imposed if events proceed regardless.

It may be easy to show that “rave” events fall foul of these strictures, and there have been national reports of several £10,000 fines being meted out accordingly. What about political demonstrations?

The Guardian newspaper reported last week that the Metropolitan Police initially warned Black Lives Matter activist Ken Hinds that a march he helped to organise in London on 30th August would render him personally liable for a £10,000 fine, but that they backed down after he instructed solicitors to threaten a legal challenge – including of race discrimination. His argument was that, while the black-led organisation had been threatened with arrest, no white-led protests had faced the same threats in the past month. The march went ahead without further police intervention.

On the same day a crowd in the region of 10,000 gathered in Trafalgar Square under the banner of Unite For Freedom in a general protest against the coronavirus regulations. One of the organisers, Piers Corbyn, was arrested and fined £10,000 despite claiming to have had prior risk assessments agreed by the Met.

Last weekend several hundred protesters marched to the parliament building in Edinburgh with flags and placards for a Scotland Against Lockdown protest, organised by the Saving Scotland Facebook group, which argues that lockdown has been causing “more harm than the virus” and urges Scots to “say no to mandatory vaccines and masks.” Police Scotland issued a statement that it had been aware of the demonstration and that officers had provided a “proportionate response”, making no arrests.

At the same time Extinction Rebellion (XR) activists took to the streets of London in mass numbers. The Met’s Deputy Assistant Commissioner Laurence Taylor posted a video on Twitter stating that risk assessments had been provided by the ER organisation, but that the police had them “reviewed by an appropriate body and they have come back as unfit” – hence the gatherings were unlawful. He advised the protestors to “do it in small groups”, otherwise they could be held individually liable and fined £100 for a first offence, with higher penalties for repeats.

It is not clear what “appropriate body” determines the acceptability of a risk assessment under the regulations, and the pressure group Liberty has suggested that their legality may itself be challenged in court at some stage. In the meantime, it seems to remain a matter for local police forces to determine what protests they will tolerate and how they will aim to control those they don’t. 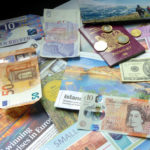