On 21st October Hastings Borough Council adopted the working definition of antisemitism developed by the International Holocaust Remembrance Alliance (IHRA). The working definition comes with eleven examples that are intended to clarify its application, such as: “Accusing Jews as a people of being responsible for real or imagined wrongdoing committed by a single Jewish person or group, or even for acts committed by non-Jews.”

The council meeting took place just eight days before the Equalities and Human Rights Commission (EHRC) published its long-awaited report into antisemitism in the Labour Party. The two events are inextricably linked: the initial refusal of the Labour Party to adopt the IHRA definition formed a central part of the long running accusations of antisemitism that were made against it. And this led to the extraordinary decision to remove the whip from Jeremy Corbyn just five days ago.

The council motion for the adoption of the IHRA definition was filed and led by Cllr Dany Louise, who was elected in 2018 as Labour candidate in Old Town ward but quit the party less than a year later citing antisemitism in the national party under Jeremy Corbyn’s leadership. She later went on to write a blog in the midst of the General Election campaign last autumn cataloguing experiences of alleged incidents of antisemitism within the local party, including the instigation of multiple anti-Israel motions at party meetings, refusal to avoid major religious dates for non-Christians when setting the yearly council calendar, and the appointment of another Jewish Labour councillor Leah Levane as chair of the Labour group in the council (see our report in HIP 142 Jews and Anti-Semites in Hastings: The Peculiar World of Dany Louise).

So why is the IHRA definition so contentious, why does Cllr Louise object to Cllr Levane, and why was there no pushback in the council meeting?

This can only be understood by looking into the history behind the IHRA definition. It was first published in 2005 as a ‘working definition’ by the European Union Monitoring Committee, with the aim of providing guidance on monitoring incidents of antisemitism, but it was never formally adopted by the EU and removed from their website following criticisms from academics, jurists, and human rights lawyers, many of whom are Jewish.

Some believe that it is too vague to be of any value in determining what constitutes antisemitism, and can thus be misused; others argue that it stifles free speech in criticisms of Israel. Even Kenneth Stern, the Jewish-American author of the original text, has said he thinks that its use in quasi-legal settings would be “unconstitutional and unwise”.

However, in 2016, it was adopted by 31 member countries of the IHRA, and subsequently by mainstream political parties in the UK, though rejected by the Green Party on the ground that the definition was “politically engineered to restrict criticism of Israel’s heinous crimes upon the Palestinian people”.

Within the national Labour party there was much debate before adoption. A grouping styling itself Jewish Voice for Labour (JVL), set up in 2017, argued that the IHRA examples of antisemitism fell short of providing “a clear and unambiguous statement based on attitudes to Jews as Jews, not attitudes to a country, Israel”. Co-chair of JVL is  Cllr Louise’s Hastings bugbear, Cllr Levane.

Within the council meeting last month, continuation of the Labour party feud was headed off by an amendment tabled by Cllr Judy Rogers. While accepting the full IHRA wording including its stated examples, her amendment added further examples that are designed to protect those criticising Israel – and even campaigning against its actions – so long as the actions are not tied into antisemitism: seemingly, a somewhat circular argument but one which carried the field.  Cllr Louise agreed (with some stated reluctance) to accept it. Cllr Levane said nothing, and abstained on the motion, which was otherwise voted through unanimously.

It remains to be seen whether Sir Keir Starmer will find – or want to find – an equivalent compromise with Mr Corbyn in the national party discourse. 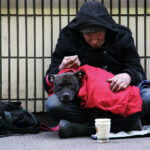