All aboard! The Alexandra Park railway is back 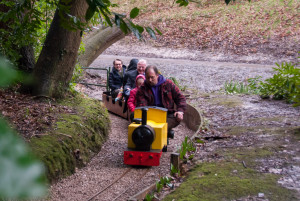 There was chuffing good news in Alexandra Park last weekend, as the miniature railway puffed back into life for its official grand opening.

It was taken over by in November last year by Dan Radcliffe, who also owns Hastings Miniature Railway (HMR) in the Old Town, and his partner Vicki.

It’s been a busy winter for the pair and their friends and family – with everything apart from the bridges and existing buildings being taken up and replaced.

“There is now a newly laid track in place, new fences, an engine shed and even a turntable,” says Vicki, who will be doing the majority of the driving, with assistance from family members and current Volunteers from HMR. “The site came with no rolling stock, so HMR have also had to bring in new engines and carriages.”

Dan adds: “It has been a lot of hard work getting the site ready for opening, and the weather hasn’t exactly been on our side. We certainly wouldn’t have done it without the help of friends and family.”

It will cost £1 a ride, and will be open from 11am every weekend and bank holiday, as well as Tuesdays, Wednesdays and Thursdays during school holidays.

There are future plans to put a picnic area in the centre, as well as another platform that can be used for possible Santa Specials at Christmas.

Vicki says: “We have had lots of positive feedback and support from the public, and we are looking forward to being up and running.” 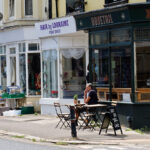 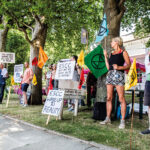 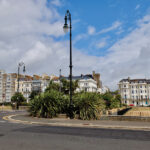